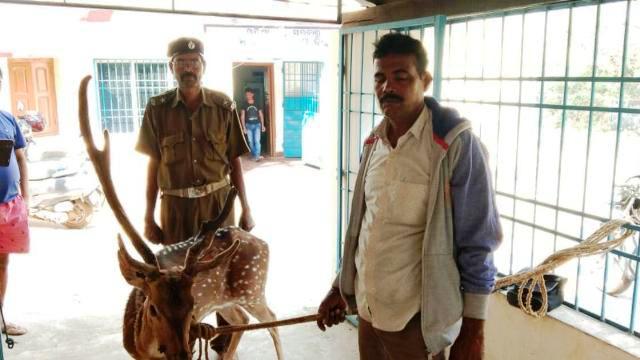 Jajpur:  A four-horned antelope with wounds all over its body was rescued from a village under Jajpur Road forest range in the wee hours today.

Sources said some locals spotted the animal lying on road near the village with wounds on its body and face at around 5 AM today and called up forest officials. The forest officials reached the spot and rescued the antelope and sent it to a veterinary hospital in Vyasanagar for treatment.

The deer will be released into forest after its complete recovery, said a forest official.