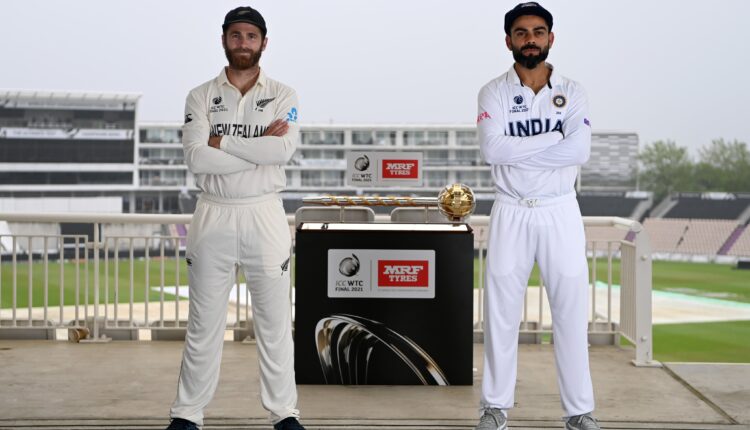 Southampton: Although India have already announced their playing XI for the World Test Championship (WTC) final against New Zealand through its twitter handle on Thursday, the management can still make changes if it feels incessant rain has made ground and pitch conditions unsuitable for the team named.

The first day’s play at the Hampshire Bowl here has been called off due to incessant rain. The match can still be a five-day affair since there is a reserve day on June 23.

The team can be changed until its nomination at the toss. And since the toss for the WTC final is yet to take place, both teams can tweak their starting XIs if they decide to tweak their strategy following rains.

It will be interesting to see if India rest one of the two spinners – R Ashwin and Ravindra Jadeja – and bring in a pace bowler taking into regard the windy and wet conditions at Southampton Bowl.

At the time of the toss, both teams exchange team sheets and after that no player can be changed unless there has to be substitution for either concussion or Covid-19.

Rule 1.2.1 of the playing conditions of WTC final states, “Each captain shall nominate 11 players plus a maximum of 4 substitute fielders in writing on the team sheet provided by ICC. Other than as set out in clauses 1.2.7 and 1.2.8, no player (member of the playing eleven) may be changed after the nomination without the consent of the opposing captain. Immediately prior to the toss, the ICC Match Referee or his nominee shall check with both team captains that the players nominated on the team sheets are correct.”

WTC Final: First day of play between India, New Zealand called off due to rain