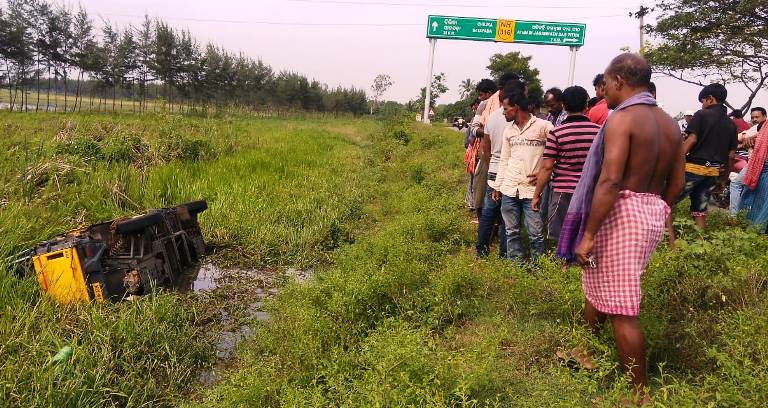 Puri: In a tragic incident, a student of St Xavier’s High School, Brahmagiri was killed while four others sustained critical injuries after the van in which they were going to school turned turtle and fell into a nullah near Gorual under Puri Sadar police station today.

The injured students, however, have been admitted to Puri district headquarters hospital (DHH) here.

The incident occurred after the driver lost control over the vehicle, following which it overturned and fell into a nullah near Gorual. While one of the students died on the spot, three others were critically injured.

Getting information, locals rushed to the spot and admitted all injured to hospital for treatment. Their condition is stated to be stable now.