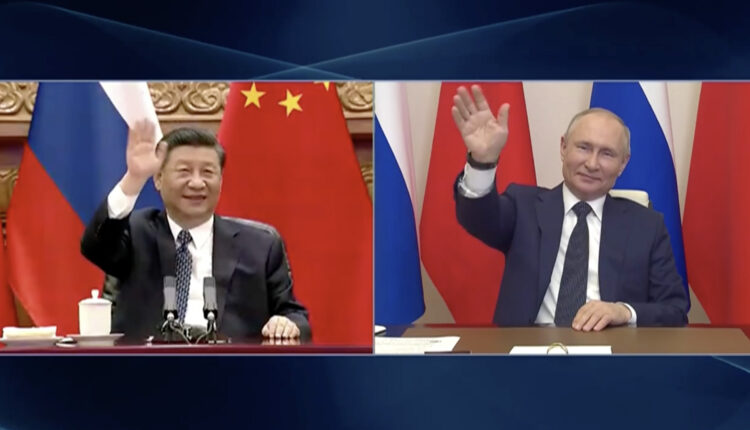 He Lifeng, vice chairman of the National Committee of the Chinese People’s Political Consultative Conference and head of the National Development and Reform Commission, co-chaired the ceremony with Russian Deputy Prime Minister Alexander Novak.

Speaking at the ceremony, Xi extended congratulations on the launch of the China-Russia nuclear energy cooperation project and paid high respect to the constructors from the two countries.

Xi stressed that energy cooperation has always been the most important area of practical cooperation which generates the largest achievement and covers the widest scope between the two countries.

Noting that nuclear energy is the strategic priority for bilateral cooperation and a series of major projects have been completed and put into operation, Xi said the four nuclear power units that kicked off construction on Wednesday mark another major landmark in China-Russia nuclear energy cooperation.

“Responding to climate change is a common task for all countries,” the Chinese leader said, adding that China and Russia should promote more low-carbon cooperation projects and play a constructive role in achieving global sustainable development goals.

For his part, Putin said that Russia has the confidence to work with China to smoothly and safely advance the project’s construction.

He said cooperation on the peaceful use of nuclear energy marks a significant part of the comprehensive strategic partnership of coordination for a new era between the two countries, and it is believed that the start of the four nuclear power units will also help achieve the goals to peak carbon dioxide emissions and achieve carbon neutrality.

It will also contribute to coping with global climate change and realising the sustainable development of humanity, Putin added.

When completed and put into operation, the annual power generation will reach 37.6 billion kilowatt-hours, which is equivalent to reducing carbon dioxide emissions by 30.68 million tonnes per year.

The event on Wednesday is also the first online bilateral exchange at the head-of-state level between the two sides since the beginning of this year.