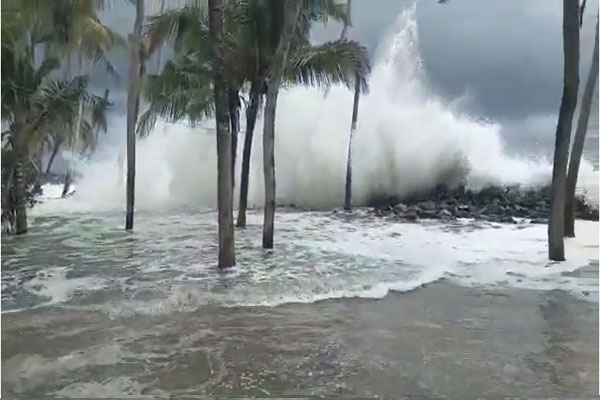 Bhubaneswar: The severe cyclonic storm Yaas, which moved north-northwestwards with a speed of about 10 kmph during the last six hours, is likely to weaken gradually into a cyclonic storm in the next three hours.

As per the latest bulletin issued by the India Meteorological Department (IMD), “The current intensity of the cyclone is 90-100 kmph gusting to 110 kmph. It is likely to move northwestwards and weaken gradually into a cyclonic storm during the next three hours.”

The  IMD further predicted that light to moderate rainfall is likely to occur at most places with heavy to very heavy rain at a few places with extremely heavy falls at isolated places over north interior Odisha during the next 24 hours. Besides, heavy to very rainfall is also expected at isolated places over coastal Odisha during the next 12 hours.

Beside, the wind speed will decrease gradually becoming 70-80 kmph gusting to 90 kmph during the next three hours, it added.