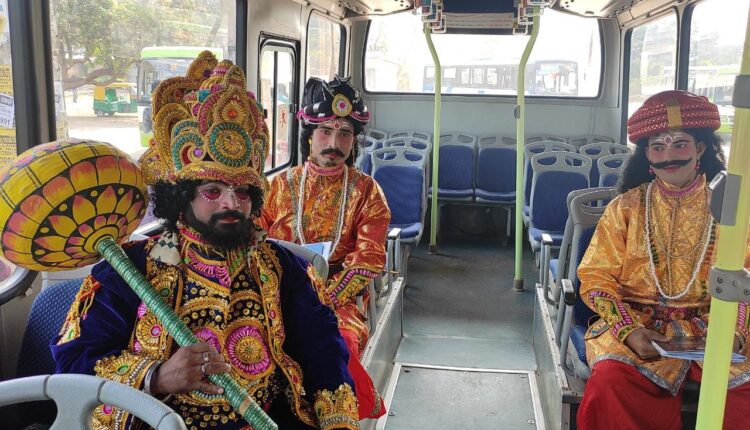 The ‘God of death’ and his ‘registrar of Karma’ travelled in Mo Bus on various routes and sensitized the crew members to wear seat belt, halt at designated stops only and avoid drunken driving and talking over phone while on duty.

We have to build ‘Aatmanirbhar’ India: Prez Murmu in her 1st address to Parliament 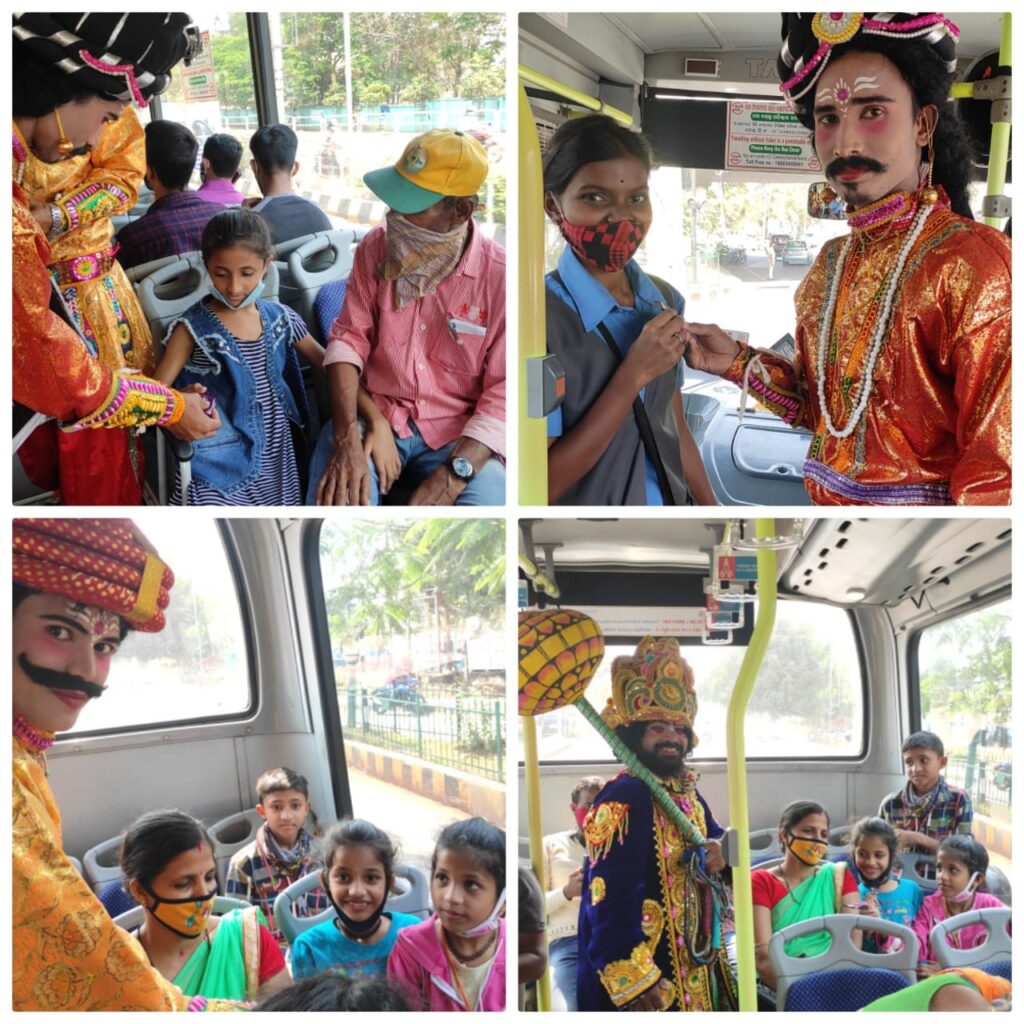 The duo further requested the commuters to report if they notice any traffic violation by the crew while travelling in Mo Bus.

Expressing satisfaction,  a commuter said, “It is a good attempt by CRUT to sensitise their own crew members to follow the traffic rules”.

“Obeying traffic rules should be a responsibility of all concerned. Everyday, a group of 10 captains are counselled about do’s and don’ts of traffic rule before they start their duty,” said CRUT General Manager Dipti Mahapatro.

“As normalcy prevails, our ridership has also increased gradually. At present 169 buses are operating on 25 routes with around 85,000 footfalls daily. We are hopeful  of having over one lakh commuters per day soon”, she added.