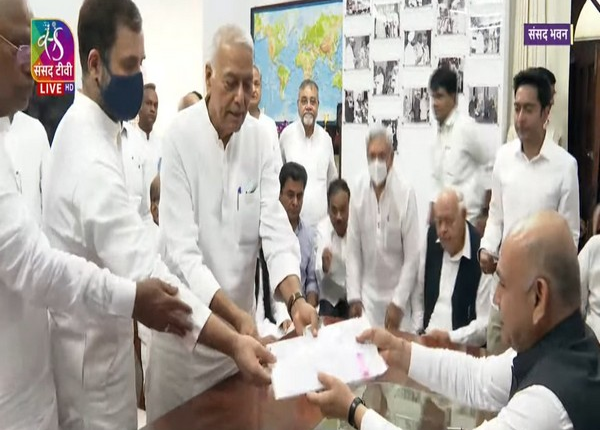 Meanwhile, the TRS announced its support to Sinha. “President of @trspartyonline Sri KCR Garu has decided to extend support to the candidature of Sri @YashwantSinha Ji in the election for President of India. Along with our Members of Parliament, I will be representing the TRS at the nomination today,” working president of TRS and minister Telangana government K.T. Rama Rao tweeted announcing party’s support to Sinha’s candidature.

The support to Sinha as joint opposition candidate comes days after TRS opted out of the meeting called by West Bengal chief minister Mamata Banerjee to discuss the strategy for Presidential polls.

Now Sinha will also begin his campaign to meet MPs and MLAs. On Friday, Sinha had telephoned Prime Minister Narendra Modi and Defence Minister Rajnath Singh’s offices seeking their support for the poll. He also wrote a letter to all the leaders of the opposition parties. In the letter Sinha wrote: “India is going through extremely difficult times. I shall raise my voice for the common people.”

Sinha had also said that the leaders of the other ideology are intent on throttling the Constitution and “making a mockery of the people’s mandate in elections.”

Chief Ministers of NDA-ruled states were present during Murmu’s filing of nomination papers.