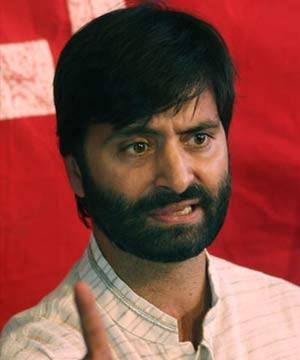 Malik was arrested when he and his supporters tried to lead a march from Sarai Bala area to Lal Chowk in the heart of Srinagar, the summer capital of the state.

Earlier, Mirwaiz, who was also to lead a march towards the UN military observers group headquarters, was placed under house arrest.

Over 30 countries to participate in Aero India