India as well as Odisha witnessed intense political activities throughout the year. As many as seven states, including Uttar Pradesh and Gujarat, went for Assembly elections. Maharashtra got a new Chief Minister while a new political alliance formed government in Bihar. The Congress party launched its Bharat Jodo Yatra foot march and elected a new president. The people of Odisha also exercised their franchise to elect their representatives to the Panchayati Raj Institutions and Urban Local Bodies. By-elections were held for three Assembly seats in the state.

The Naveen Patnaik-led Biju Janata Dal (BJD) further consolidated its base in Odisha by registering landslide victory in the three-tier panchayat and Urban Local Body (ULB) elections this year. The regional party that celebrated its silver jubilee on December 26 also retained two Assembly seats in bypolls. The BJP managed to retain one Assembly seat while the free fall of Congress party continued in Odisha politics. 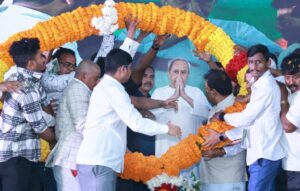 The ruling Biju Janata Dal (BJD) in Odisha registered a landslide victory in this year’s three-tier panchayat elections in the state.

The party won 766 Zilla Parishad seats out of the total 852 and its candidates grabbed the president’s posts in all 30 districts.

The candidates backed by the BJD have also won most of the panchayat samiti member, sarpanch and ward member posts in the rural elections.

The BJD had won 476 Zilla Parishad seats in 2017 rural polls. The saffron party had come second with 297 seats while the Congress had managed to secure only 60 seats.

The BJD registered a thumping victory in the municipal elections in Odisha by winning three municipal corporations and 76 out of 108 urban local body (ULB) councils in the state.

Solochana became the first woman mayor of Bhubaneswar by defeating her nearest rival Suniti Mund of BJP by a margin of 60,000 votes.

Singh defeated Congress candidate Giribala Behera by a margin of over 45,000 votes in Cuttack. Similarly, Sanghamitra defeated her nearest BJP rival Sabita Suar by a margin of 20,286 votes in Berhampur. 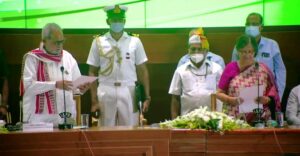 Chief Minister Naveen Patnaik revamped his Council of Ministers, first time in his fifth term in Odisha, in June this year.

The reshuffle exercise was effected a day after all the 20 ministers tendered their resignations to the Chief Minister.

It is the first incident in the political history of Odisha when all ministers were asked to submit their resignation.

As many as 13 cabinet ministers and eight ministers of state with independent charge were sworn in by Governor Ganeshi Lal.

Arukha was later elected as the Speaker of Odisha Assembly following the resignation of incumbent Surya Narayan Patro.

The election was necessitated as four Rajya Sabha seats from Odisha fell vacant following the completion of tenure of Patra himself, Prasanna Acharya and N Bhaskar Rao, and resignation of Subhash Chandra Singh after being elected as the Mayor of Cuttack city. Patra is the third politician from the BJD to get a re-nomination to the Upper House. 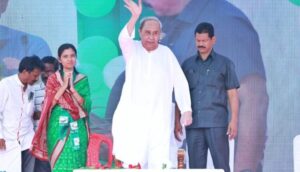 BJD candidate Alaka Mohanty defeated her nearest rival Kishore Chandra Patel of Congress by a margin of 65,000 votes in Brajarajnagar by-election, necessitated due to the death of Alaka’s husband and sitting MLA Kishore Kumar Mohanty in December 2021. Alaka got 93,953 votes while Patel secured 28,000 votes. BJP’s Radharani Panda got the third position by securing 22,630 votes.

Former MLA Raju Das, who fought the by-election as an independent candidate following the denial of BJD ticket, got the third position by securing 8,153 votes. The bypoll was necessitated due to the death of sitting MLA and Suraj’s father Bishnu Charan Sethi in September this year.

BJD’s Barsha Singh Bariha defeated her nearest rival Pradeep Purohit of BJP by a margin of 42,065 votes in Padampur Assembly bypoll in Odisha. Barsha secured 1,19,512 votes while Purohit got 77,447 votes.

Padampur went for a by-election due to the death of Barsha’s father and sitting BJD MLA Bijay Ranjan Singh Bariha in October this year.

Congress interim president Sonia Gandhi appointed former MP Sarat Pattanayak as the president of party’s Odisha unit in May this year.  This is Pattanayak’s second term as OPCC president. He had earlier held the post from 2001 to 2004.

Incumbent Odisha Pradesh Congress Committee (OPCC) president Niranjan Patnaik had expressed his desire to vacate the post following party’s debacle in the 2019 General and Assembly elections in the state.

Notably, Pattanayak had been elected to the Lok Sabha twice from Balangir seat in 1991 and 1996.

The BJP retained its dominance in the national politics by winning Assembly elections in politically significant states of Uttar Pradesh and Gujarat. The party also managed to come to power in Maharashtra with the help of a breakaway faction of Shiv Sena. The Congress party was virtually decimated in several states in the Assembly elections. The Aam Aadmi Party (AAP)  got the national party tag after winning Punjab and a few seats each in Gujarat and other states.

BJP retains power in five states, AAP gets one 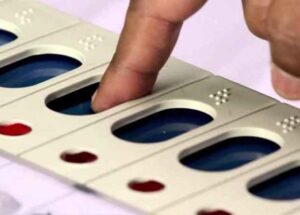 As many as seven states went for Assembly elections this year. Out of the seven states, the BJP retained power in five, Aam Aadmi Party (AAP) wrested power from Congress in one and the grand old party registered the consolation win in one state.

Yogi Adityanath of BJP became the Chief Minister of Uttar Pradesh for the second time in a row as the saffron party won as many as 273 seats of the total 403 Assembly seats in the most populous state of India. The Samajwadi Party got the second position by securing 111 seats. Mayawati-led Bahujan Samaj Party (BSP) could not open its account in the poll.

The Arvind Kejriwal-led AAP stormed into power in Punjab when the party secured 92 seats in the 117-member Assembly. AAP’s Bhagwant Mann was sworn in as the Chief Minister of the border state. Several stalwarts in Punjab politics, including former Chief Ministers Parkash Singh Badal and Amarinder Singh, bit the dust in the poll. The Congress party got the second position by winning 18 seats.

The BJP emerged as the single largest party in Goa by winning 20 seats in the 40-member Assembly and reducing Congress to just 11 seats. Pramod Sawant of BJP took oath as the Chief Minister for a second consecutive term after securing support from some regional parties.

The BJP won 47 out of the total 70 Assembly seats in Uttarakhand and scored a second consecutive victory in the hill state. The party chose Pushkar Singh Dhami as the Chief Minister even though he lost the poll from Khatima Assembly segment. The Congress party bagged only 19 seats.

The BJP retained power in Manipur by securing 32 seats in the 60-member Assembly. BJP leader N Biren Singh was sworn-in as the Chief Minister of Manipur for the second consecutive term.

The Congress party came to power in Himachal Pradesh by winning 40 seats in the 68-member Legislative Assembly. The BJP secured 25 seats. Congress leader Sukhvinder Singh Sukhu took oath as the Chief Minister of the state.

The BJP scored a landslide win in Prime Minister Narendra Modi’s home state in Gujarat in this year’s Assembly election. The saffron party formed government in Gujarat for the seventh consecutive term by securing 156 seats in the 182-member Assembly. The Congress party was the distant second with just 17 seats while the AAP finished third with five seats. BJP’s Bhupendra Patel became the Chief Minister of Gujarat for the second consecutive term. 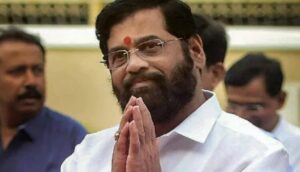 Shiv Sena leader Uddhav Thackeray resigned as the Chief Minister of Maharashtra following a revolt in his party in June this year.

The Maha Vikash Aghadi (MVA) government in the state plunged into deep crisis when a group of around 40 MLAs led by Shiv Sena leader Eknath Shinde revolted against Thackeray.

The factions led by both Thackeray and Shinde claimed themselves to be the real Shiv Sena, founded by late leader Balasaheb Thackeray. The matter is subjudice now and the Election Commission of India has provided interim names and election symbols to both the factions.

In a sudden development, JD (U) leader Nitish Kumar broke ties with the BJP and resigned as the Chief Minister of Bihar in August this year. Later, he formed government with the support of RJD-led alliance.

RJD leader and former Chief Minister Lalu Prasad Yadav’s son Tejashwi Yadav took oath as the Deputy Chief Minister of Bihar. This was the second occasion in last nine years when the JD (U) leader broke his party’s alliance with the BJP and formed government with the support of Lalu Prasad-led RJD.

The Congress party under the leadership of its former president Rahul Gandhi launched the 3,570-km ‘Bharat Jodo Yatra’ in September this year.

The foot march, which began from Kanyakumari in Tamil Nadu on September 7, will end at Srinagar covering 12 states in 150 days.

The grand old party launched the mass connect programme to fight against the alleged divisive politics and bad economic policies of the BJP-led government at the Centre.

In the meantime, senior Congress leader Mallikarjun Kharge was elected as party’s new president in October this year. Kharge is the first non-Gandhi to lead Congress in last 24 years.

The veteran leader from Karnataka got 7,897 votes of the total 9,385 votes polled in the Congress presidential election. Kharge’s rival Shashi Tharoor garnered 1,076 votes.