Year Ender 2022: Top crime stories from Odisha and beyond that grabbed headlines 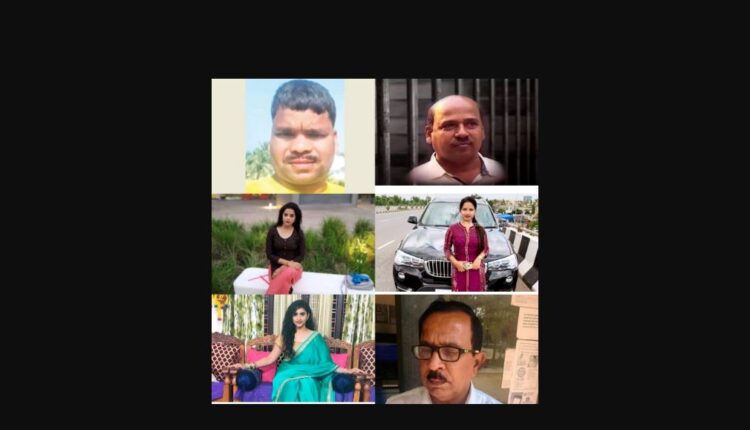 The curtains are coming down on 2022 and the world readies to usher in the New Year. As we look back, this year saw many stories of deceit, fraud, loss of innocent lives in cold blooded murders and suicides hogging the limelight from various parts of Odisha. From the arrest of the fake doctor who conned 18 women into marriage to the sensational Archana Nag honeytrap case, here are some of the most shocking incidents compiled by sambadenglish.com that made headlines in the State:

Arrest of fake doctor with 18 wives: The year had begun with one of the most dismaying cases of deceit in Odisha in February, where a conman posing as a doctor was arrested in Bhubaneswar for marrying 18 women and swindling their money to the tune of lakhs. The accused Ramesh Chandra Swain (54) of Bhagabanpur in Kendrapara district, who also posed as a Central Government official, was arrested from Khandagiri area in the Capital when his seventh wife reached out to the police after getting to know about his multiple marriages. Following his arrest, police had shared that Swain, a father of five children, had married his first wife in 1982 and second wife in 2002. Between 2002 and 2020, he befriended other women through matrimonial websites and married them.

He used to target middle-aged women who sought companionship and acquire their money before abandoning them. The accused used to identify himself as a doctor to establish his credibility. Lawyers, doctors and highly-educated women are among the victims.

He had even married a woman official of the Central Armed Police Forces in Punjab and taken Rs 10 lakh from her. Interestingly, it had also come to the fore during investigation that the accused hadn’t even passed matric exam but had opened two clinics in Cuttack and Badamba under the franchise of ‘Lifescan’. However, he hadn’t paid salary to the employees for months. The story had made its way to national media as one of the most astonishing cases of fraud.

Mamita Meher prime accused death in jail: The sensational Mamita Meher murder case which had shaken the State last year took yet another unexpected turn with the death of the prime accused Gobinda Sahu in Kantabanji sub-jail of Balangir district. The incident, which took place this month, once again stoked a major political storm with the opposition crying foul play in Sahu’s death and calling it a conspiracy to protect the government. Questioning Swain’s mysterious death, the Congress and BJP called it a  murder instead of suicide and termed it as the ruling BJD’s attempt to shield former minister Dibya Shankar Mishra. “Gobinda Sahu was acting on the direction of BJD MLA and former Minister Captain Dibya Shankar Mishra. He pressurised him for suicide. The death of the prime accused is an effort to give clean chit to Mishra,” BJP Mahila Morcha President Smruti Patnaik had claimed. Congress MLA Santosh Saluja too raised the question under which circumstances the accused managed to find a rope to hang self inside the cell as he was given VIP treatment on direction of the former minister.

Swain was found hanging from a tree on the jail premises with a rope, following which he was rushed to Kantabanji Sub-divisional Hospital by the prison authorities. Later, he was declared dead at the hospital. Meanwhile, Odisha police has started a crime branch probe.

Software engineer suicide case:  In August, a software engineer in the State Capital had allegedly ended her life after her male friend Soumyajeet Mohapatra demanded money and threatened to make photos of their intimate moments viral if she did not comply.

The deceased  Sweta Utkal Kumar was a software engineer from Bhadrak and was working as a Technology Analyst with Infosys here. While her family pointed fingers at Soumyajeet, the brother of the deceased alleged that the boy threatening her to make photos of their intimate moments viral for which she took the extreme step.

Levelling similar allegations, Sweta’s father said Soumyajeet had quit job for pursuing MBA and then started extorting money from his daughter.“I had gone to Soumyajeet’s house to meet his family members for his marriage with my daughter. However, they harassed me and demanded Rs 30 lakh for the marriage. I had expressed my inability to give them the amount,” he had told mediapersons.

Odia serial actress suicide: In yet another case of suicide raising questions on the state of mental health among young professionals, an Odia television actress Rashmirekha Ojha allegedly ended her life at her house in Gadasahi area under Nayapalli police limits in Bhubaneswar city in June. Her body was found hanging from a ceiling fan at around 10.30 pm. Police had recovered a note purportedly written by the deceased where she had stated that no one should be held responsible for her death. Ojha, who hailed from Sanketpatana under Tirtol police limits in Jagatsinghpur district, had come to Bhubaneswar after completing +2 course for pursuing a career in acting. She had become popular with her role in serial ‘Kemiti Kahibi Kaha’.

Nayagarh cameraman murder:  This case which was reported in March had also sent shockwaves after editor of a Bhubaneswar-based web portal Sarmistha Rout came under police scanner for alleged killing of her former employee and cameraman Manas Swain. Swain, a resident of Godipokhari village in Ranpur area of Nayagarh, went missing from Chandbali area in Bhadrak district and weeks later, his body was exhumed from Badhipatna hills in Nayagarh district.

Preliminary investigations revealed he was abducted, beaten up and killed for possessing a microchip which reportedly had some objectionable content and video clips.

While Sharmistha has been absconding, police had arrested six persons including former Information & Public Relation (I&PR) Director Niranjan Sethi and Sharmistha’s brother Parmeswar Rout for their alleged involvement in the murder case. It had come to the fore that Parmeswar, who was held from Vijayawada in neighbouring Andhra Pradesh, had planned for his sister’s escape after the murder. Subsequently, the CID-Crime Branch as per order of Odisha DGP , had taken over the case.

Archana Nag honeytrap case: This was one of the most gripping cases of high-profile honeytrapping that not only grabbed media attention in Odisha but also made its way to national news. The entire matter came to light after Ollywood producer Akshay Kumar Parija lodged an FIR with the Nayapalli police alleging that a girl invited him to her house in the city for dinner, recorded objectionable videos and later started blackmailing him by demanding Rs 3 crore. It then came to the fore that the girl was acting on directions of prime accused Archana Nag who was demanding lakhs of rupees from politicians, businessmen, police officials and influential persons by blackmailing them with videos of intimate moments between her and them. Archana’s husband Jagabandhu too was involved in the sextortion along with another associate Shradhanjali Behera. While the Enforcement Directorate (ED) recently arrested Jagabandhu, the agency had earlier arrested  Archana under section 19 of Prevention of Money Laundering Act, 2002. Following her arrest, the central investigative agency had taken both Archana and her husband on six and nine days remand period respectively for grilling in the high-profile honeytrap case. The two were initially apprehended by the Twin City Commissionerate Police.

The issue was also raised by Bharatiya Janata Party (BJP) MP Suresh Pujari during the winter session in the Parliament, seeking a CBI probe into the matter. Archana was recently chargesheeted by the Commissionerate Police basing on film producer Akshay Parija’s complaint.