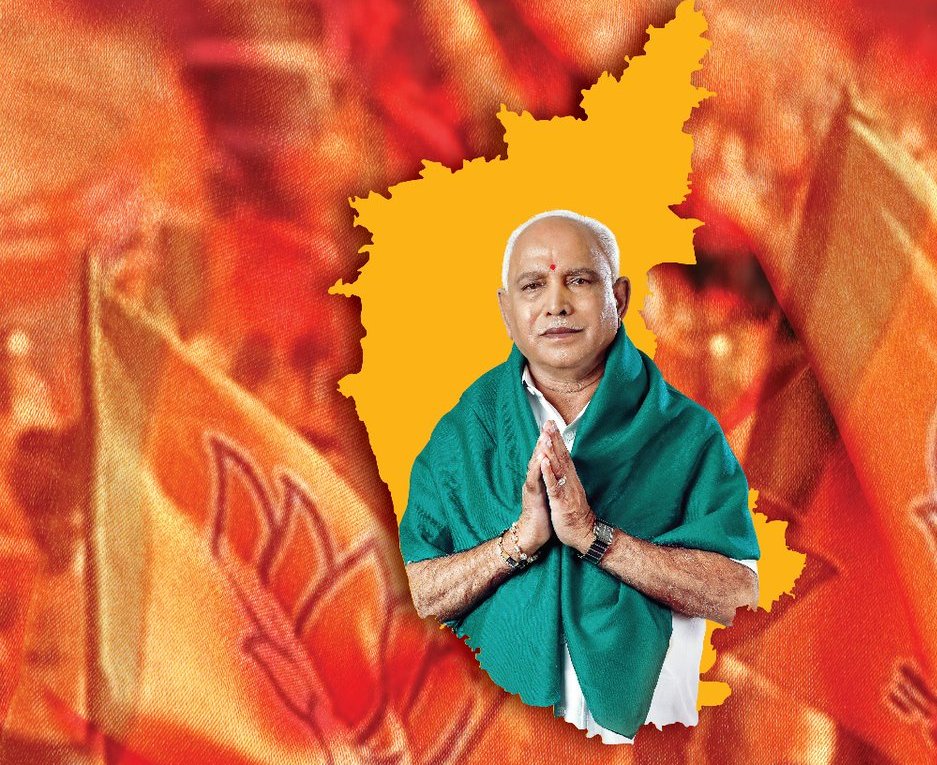 Governor Vajubhai Vala administered the oath of office and secrecy to Yeddyurappa at 9 a.m. at the Raj Bhavan amid tight security.

Clad in all-white and sporting a green shawl over his shoulders, Yeddyurappa, 75, took the oath in Kannada in the name of god and farmers.

Among the party’s national and state leaders present at the simple ceremony were Union Ministers Prakash Javadekar, J.P. Nadda, D.V. Sadanda Gowda and Ananth Kumar and Lok Sabha lawmakers from the state Prahlad Joshi and Shobha Karandlaje and other senior officials.

Earlier, a three-judge bench of the apex court rejected at a special pre-dawn hearing, a joint writ petition filed by the Congress and Janata Dal-Secular (JD-S) on Wednesday night, to stall Yeddyurappa’s swearing-in.

The top court, however, said the swearing-in was subject to the final outcome of the matter before it and posted the case for further hearing at 10.30 a.m. on Friday.

The bench, headed by Justice A.K. Sikri, also sought the letter Yeddyurappa wrote to the Governor on Wednesday informing him his election as the Bharatiya Janata Party’s (BJP) legislature party leader in Karnataka.

Vala on Wednesday night invited Yeddyurappa to form the government and prove within 15 days that he had a majority in the legislative assembly.

“I may also direct you to seek a vote of confidence on the floor of the House showing that you command the confidence of the House within 15 days from the date of assuming office as the Chief Minister of the state,” said Vala in his letter to Yeddyurappa.

Although the BJP emerged as the single-largest party winning 104 seats, it fell short of eight seats from the 112-half-way mark in the lower House, in which the Congress trailed with 78 wins and the regional outfit Janata Dal-S (JD-S) with 37 seats.

Yeddyurappa was elected for the eighth time from the Shikaripura assembly segment in Shivamogga district of the Malnad region on May 12 when polling was held in 222 constituencies across the state and results were declared on Tuesday.

This is the third time Yeddyurappa took oath as the state Chief Minister, a decade after he became the BJP’s first Chief Minister in south India in May 2008 when the party came to power for the first time in the southern state.

Yeddyurappa became Chief Minister for the first time in October 2007 after serving 20 months from February 2006 to September 2007 as Deputy Chief Minister in the state’s first JD-S-BJP coalition government that fell after the former withdrew support a month later, leading to a six-month spell of President’s rule and mid-term assembly election in May 2008.

The dominant Lingayat leader, however, was forced to resign three years later in July 2011 by the party’s high command after the state’s anti-graft watchdog Lokayukta’s investigation report named him in the multi-crore mining scam that rocked the state for over a decade from 2001-2010.