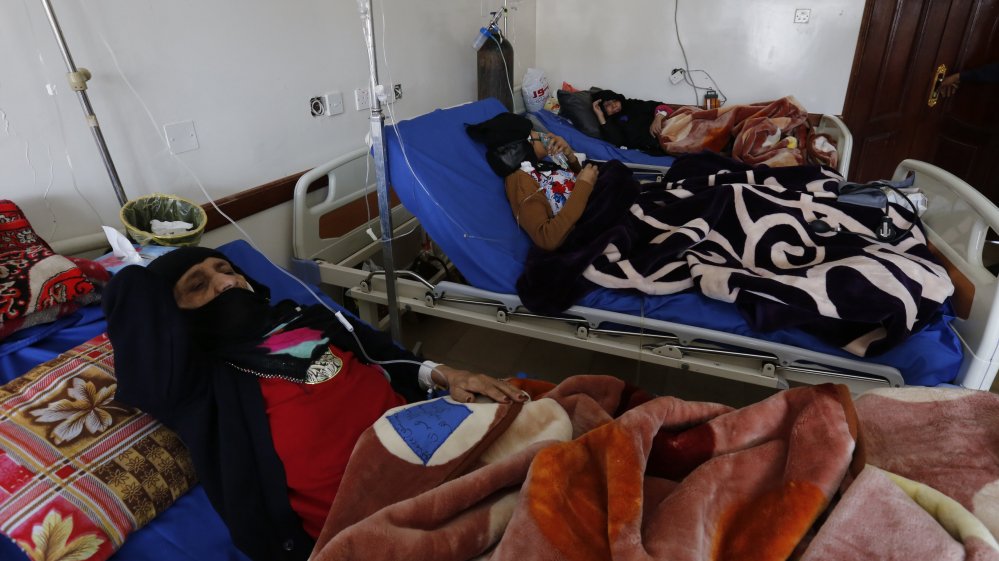 Sanaa: Cholera infection has killed 1,400 people and infected 218,798 others in Yemen in just two months, the largest epidemic to hit a single Arab country, the World Health Organisation (WHO) has announced.

The rapidly spreading cholera outbreak in Yemen has been “increasing at an average of 5,000 a day”, said WHO Director-General Margaret Chan and UN Children’s Fund (UNICEF) executive director Anthony Lake in a joint statement on Wednesday.

“We are now facing the worst cholera outbreak in the world,” they said.

Since April 27, the disease has spread to almost all of Yemeni provinces, mostly reported from capital Sanaa and its suburbs, northern province of Hajah and Red Sea port city of Hodeidah, which are also under Houthi control, said WHO in its recent updated map of the spreading disease.

One quarter of the epidemic victims were children, the statement said.

“This deadly cholera outbreak is the direct consequence of two years of heavy conflict,” the statement said, blaming the conflict for collapsing health, water and sanitation systems that have cut off 14.5 million people from regular access to clean water and sanitation and helping increasing the ability of the disease to spread.

They also said that rising rates of malnutrition in Yemen have weakened children’s health and made them more vulnerable to the disease.

Yemen is facing total collapse as the war continues. Two thirds of the total population, around 19 million, need humanitarian and protection aid. About 10.3 million people are close to famine and 14.5 million lack access to safe drinking water.

Less than 45 per cent of the country’s hospitals are operational at the moment, but even the operational ones are coping with huge challenges, on top of which is the lack of medications, medical equipment and staffs.(IANS)