Yes Bank shares fall lowest in a decade, SBI down 6% 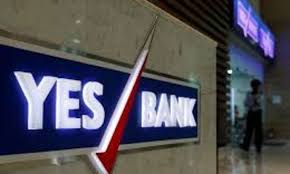 Mumbai: The shares of private lender Yes Bank fell to the lowest in a decade on Friday after the Reserve Bank of India (RBI) superseded its board the previous day.

The Nifty private bank and PSU bank index plunged over 4 to 6 per cent.

The SBI board had given the largest lender an “in-principle” approval to invest in the capital-starved Yes Bank.

The Central bank has also imposed a moratorium on the private lender till April 3, 2020. Withdrawals from the bank have been capped at Rs 50,000 per depositor.

Moody’s on Yes Bank had said that RBI’s moratorium on Yes Bank is credit negative as it affects timely repayment of bank depositors and creditors.

While Moody’s expects Indian authorities will take steps to prevent the weakness in the bank’s viability from significantly impacting its depositors and senior creditors, the lack of a coordinated and timely action highlights continued uncertainty around bank resolutions in India.