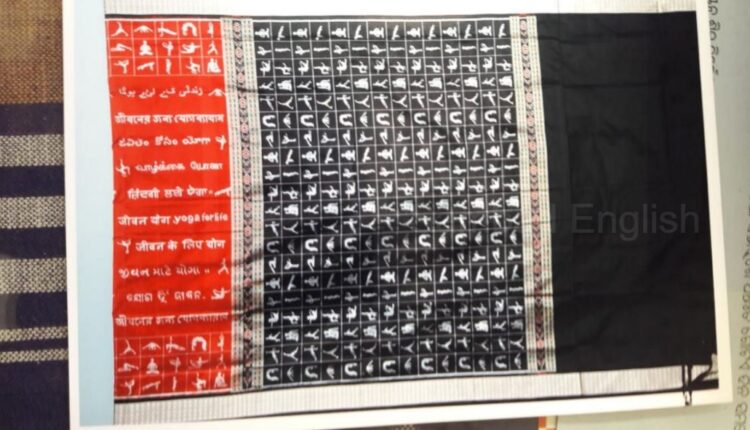 Bhubaneswar: With an intention of spreading awareness regarding the importance of Yoga on the occasion of International Yoga Day, eminent weaver Tripurari Meher of Odisha’s Sonepur district has weaved 12 poses of Surya Namaskar and a message ‘Yoga is Life’ in 10 different languages on a Sambalpuri Pata (Silk).

Meher, a national award winner and resident of Kendupali village under Birmaharajpur block in the district, said that people are nowadays dependent on medicines for sound health. However, Yoga is the best medium for a healthy life, he said.

“To spread the message of usefulness of Yoga on International Yoga Day, I have depicted 12 poses of Surya Namaskar on a Sambalpuri Pata,” added Meher.

He was assisted by his father Jagannath Meher, wife Jayanti Meher and young weaver Rajkumar Meher of the village in weaving the saree, which took them more than 3 months for completion.