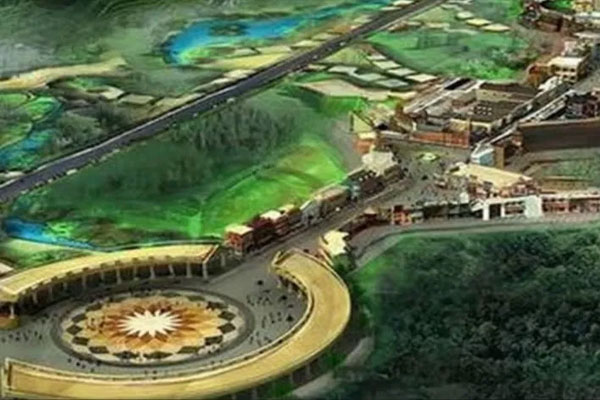 Lucknow:  The Yogi Adityanath government in Uttar Pradesh will set up a film institute in the upcoming film city in Noida.

This institute will be set up in 40 acres of land within the film city, which is another dream project of the Chief Minister.

Students will get training in various genres related to film and TV production such as direction, production, choreography, editing, screenplay writing and sound recording, and also learn the nuances of acting.

According to a government spokesman, the film city will be a new destination for the entertainment industry.

A report by the world-class consultants ‘CBRE’, selected for Film City Development, and the officials of Yamuna Expressway Industrial Development Authority (YEIDA) was submitted to the Chief Minister which had an in-depth study of the Infotainment City developed in different countries of the world.

The Chief Minister said that all the necessary resources are available for the development of film city in Uttar Pradesh.

The film city, which is going to be developed on 1,000 acres in YEIDA area, should include all the dimensions related to film, TV, OTT production.

Training of VFX, animation and gaming industry should also be made here.

The establishment of theme-based amusement parks will also give popularity to film city as tourist destination.

“The Chief Minister said that the reputed filmmakers, directors, studios, technicians of the world should be consulted so that their inputs might help making the film city of Uttar Pradesh a world-class destination. He said that efforts should be made so that the shooting can start here by the year 2022,” the spokesman said.