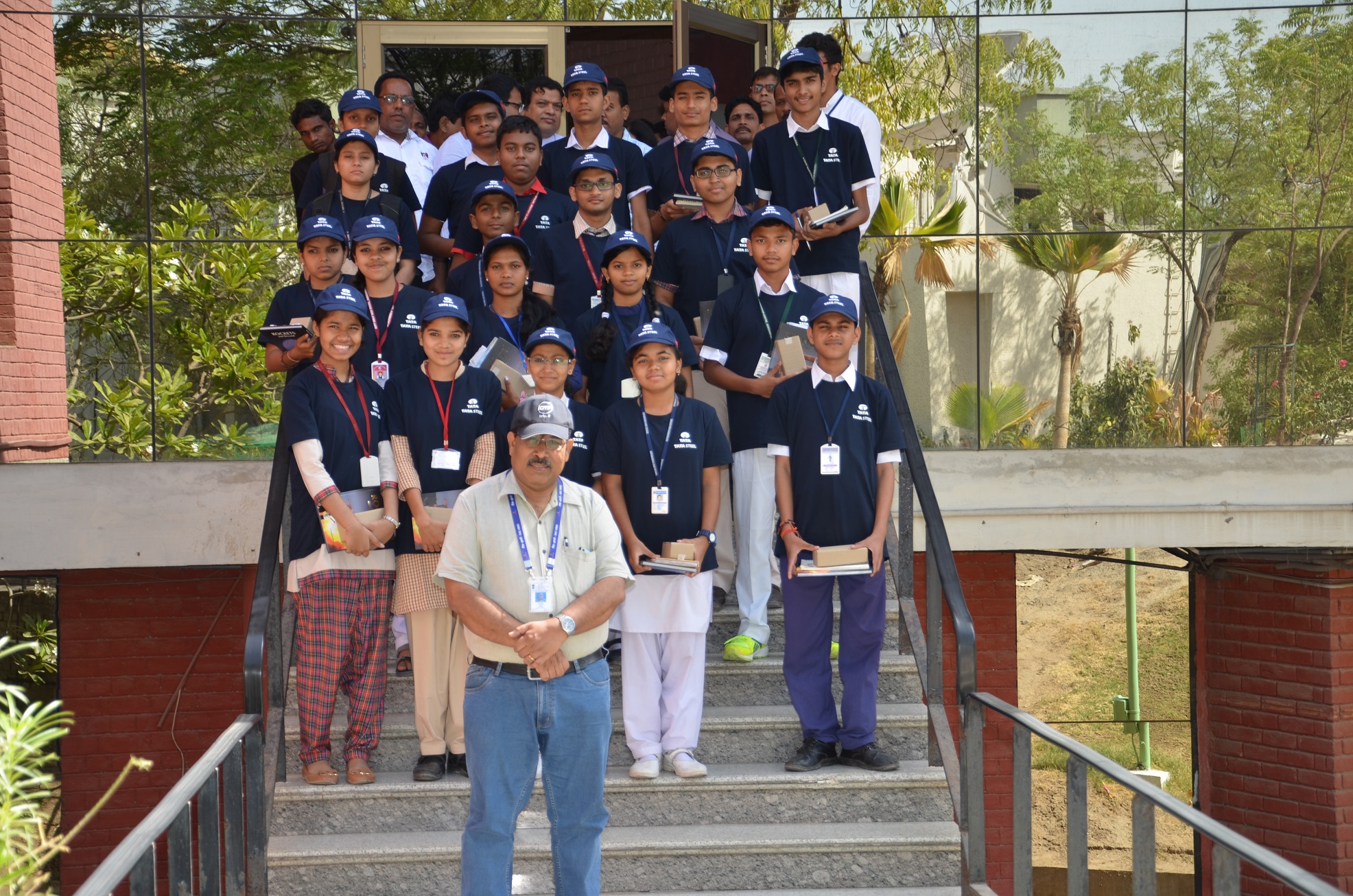 The Young Astronomer Talent Search (YATS) 2016-17 winners’ sojourn – a week-long trip to the Space Application Centre (SAC) of Indian Space Research Organisation (ISRO) in Ahmedabad – concluded today. A total of 20 school students from across Odisha were declared winners and sent to ISRO as an appreciation of their effort.

During his interaction with the students, Tapan Misra, Director, SAC, ISRO, Ahmedabad lauded the efforts of Tata Steel and the planetarium for organising such a competition and also facilitating a unique experience for the students in the form of a visit to ISRO facilities. Later, the students went for a visit of Gujarat Science City in Ahmedabad. The exposure visit was flagged off by Odisha Chief Minister Naveen Patnaik on May 15.

In the 10th year of the initiative, the students were given an opportunity to learn about various aspects of operations of ISRO and evolution of the Indian space programme. The team comprising 10 boys and 10 girls, each accompanied by his/her guide teacher, visited various laboratories of SAC Ahmedabad and interacted with the scientists-in-charge who explained the finer details of the research work they were engaged in.

YATS is a unique initiative of Tata Steel, organised in collaboration with the Pathani Samanta Planetarium, under Science and Technology Department, Government of Odisha which is aimed at creating awareness in the field of astronomy and space science among students, besides motivating and encouraging the young minds to become Scientists and Astronomers. It provides an opportunity to the students in rural and remote areas of the State to exhibit their talent and come to the forefront in the field of astronomy.

Under YATS, the company identifies and encourages young talent from high schools across the State in the field of astronomy and space science. In order to provide world-class exposure to young talents of Odisha, each year a total of 20 winners from classes IX-X across Odisha are selected based on an essay-writing and quiz competitions and are thereafter sent on an exposure trip to different centres of ISRO.

More than forty thousand young science enthusiasts of the state have participated in YATS in the last 10 years and 120 winning students had the opportunity to visit various facilities of ISRO in India. During the finals of this 10th edition of YATS, held on December 13 last year at Bhubaneswar, an added attraction was the ten-day ISRO Exhibition organised by the company.