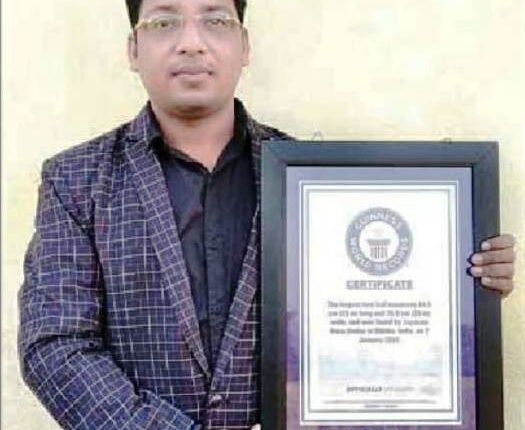 Boudh: Jayram Rana, a young biochemist from Ambagaon village under Kantamala block  in Boudh district,  has made it to the Guinness Book of World Records by producing the largest arum leaf.

The 30-year-old youth has produced the leaf by using unique technique of farming.

As per reports, Rana had found an arum while roaming in forests and grown it near the well of his house through unique farming and applying bio-chemical fertilizer. His efforts yielded him positive result after he successfully grew a giant arum leaf with 25 inch length and 29 inch width.

Rana is the Managing Director of a lab named Health Science Research Foundation and has received the state Government’s nod for collaboration. He is also researching on various formulas and once he receives clearance from the Government, he will register his own patents, sources said.

Best Earbuds under 5000 in India