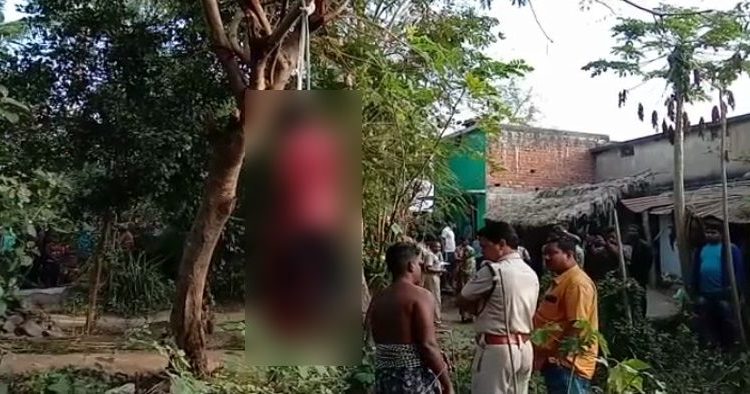 Aska: In a tragic incident, a young couple allegedly committed suicide over feud between two families in Odisha’s Ganjam district.

Both the deceased hail from Sunapali village under Kabisuryanagar police limits in Ganjam district.

The locals found the bodies of two lovebirds hanging from a tree with rope at the village in wee hours today.

According to reports, the couple was in love with each other. However, assuming that their relationship will not accepted by their families due to long-standing dispute, the duo chose to embrace death.

On receiving information, police reached the spot and recovered the bodies. A probe has been initiated into the incident.