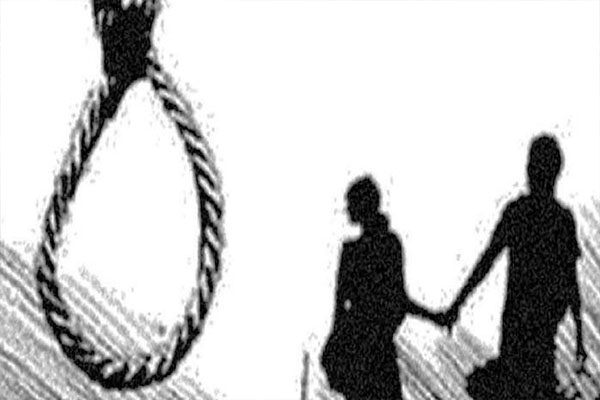 Balangir: A young couple was found hanging from a tree at Dangarmunda village under Saintala police limits here in the district today.

The deceased couple has been identified as Chandra Bhoi and Jagyanseni Kuanr.

According to reports, a few locals while going to a nearby forest found the couple hanging from a banyan tree this morning. Suspecting suicide, they informed the fellow villagers following which the father of deceased youth made a quick arrangement to cremate the bodies.

On receiving information, Saintala police reached the crematorium. Seeing the police, the family members of the deceased youth ran off abandoning the bodies of the couple. The police recovered the bodies and registered an unnatural death case.

Sources said that Chandra Bhoi, son of Radheshyam Bhoi of Dangarmunda village and his beloved Jagyanseni Kuanr of Nuapada village hanged themselves from a tree with a long scarf near the village last night.

However, the reason behind taking extreme step is still unclear.

World Refugee Day 2022 Date, Theme, Significance and Why is it Celebrated