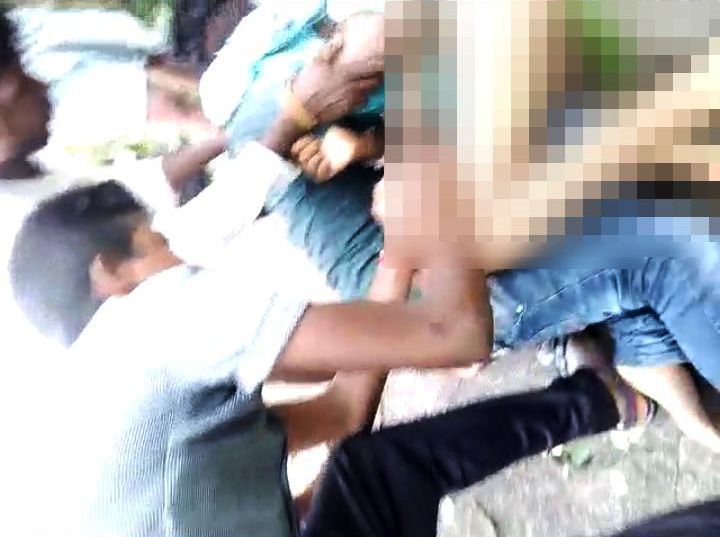 Keonjhar: With incidents of obscene videos going viral on social media rampant in Odisha, yet another video showing a young couple being thrashed and stripped by a group of locals reflects the cruel mindset of the people.

A few days ago, the young couple was hanging out in a forest, suspectedly at Nuagaon village near Balada Ghati in the district, when a group of locals reached the spot and started abusing the duo in filthy language. The situation turned ugly when the mob stripped the couple and later shot a video of them forcefully.

The boy begged the locals to stop filming their private parts and also tried to protect the girl from the same, but in vain. Even, the mob threatened the girl to rape her and later fled the spot. The video is doing the rounds on social media platforms for last few days.

However, no police complaint has been filed in this regard yet.

It may be mentioned here that a woman was filmed after being stripped by a group of people in a forest here around a year ago. Though the Odisha DGP had ordered a probe into the incident, no arrest has been made so far in this connection.