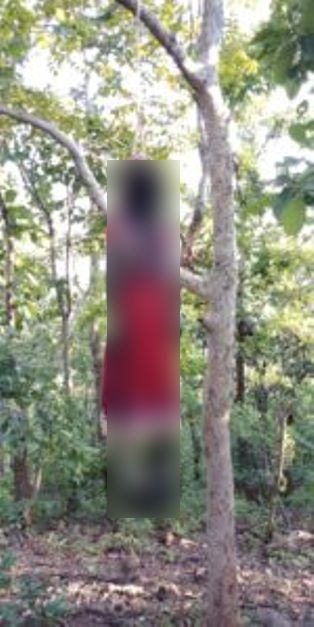 Kandhamal: Police recovered a body of a young girl hanging from a tree at Nedipada forest in the district here yesterday.

According to reports, the girl was missing since October 16.

Sources said that Shrabani had been to the forest with her mother and after returning to home, she again went away somewhere taking Rs 400 from home.

The family members lodged a complaint with the police after they failed to trace whereabouts of the girl.

On Saturday, police recovered Shrabani’s body hanging from a tree atop a hill in Nedipada forest.

The investigation is underway to ascertain whether it is a case of rape and murder or suicide.

Odisha woman hangs self to death after husband dies in…