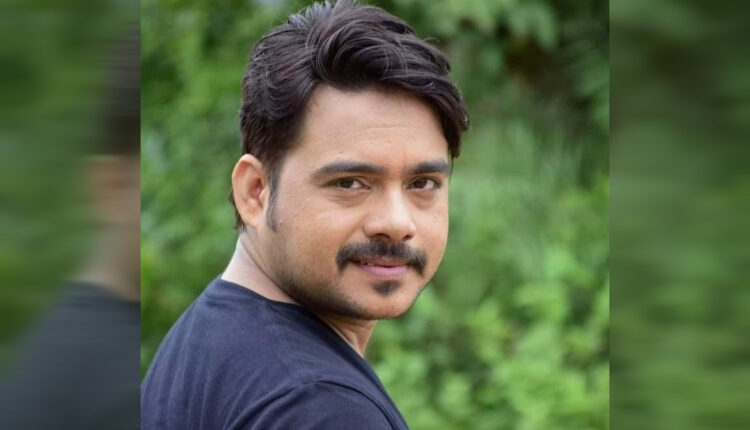 Kantabanji: Popular actor of Sambalpuri albums and Odia mega television serials Satyanjeet Purohit is no more. Satyanjeet was a native of Kantabanji locality in Balangir district. He was 32.

Most of the times, Satyanjeet had been staying in Bhubaneswar. Recently, he had moved to his home town as he suffered from health related complications.

A source said that the well-known actor this morning complained of chest pain and uneasiness following which he was rushed to a private clinic here. Soon after, he was taken to Kantabanji CHC by his family for treatment. After getting preliminary treatment, he was shifted to Bhima Bhoi Medical College and Hospital (BBMCH) in Balangir town after his health condition deteriorated. However, doctors at the government-run health facility declared him ‘brought dead’, the source further said.

A pall of gloom descended on Odia television fraternity after news of the actor’s sad demise spread.

His friends, relatives, fans and acquaintances visited his home to offer last respects.

The young actor’s fans expressed shock for the untimely demise. His friends and fans took to social media platforms and expressed their shock and grief for the loss.

Body of Satyanjeet was cremated later in the day at Ashrampada crematorium here.

It is pertinent to mention, Satyanjeet has also acted in a number of Nagpuri album songs.