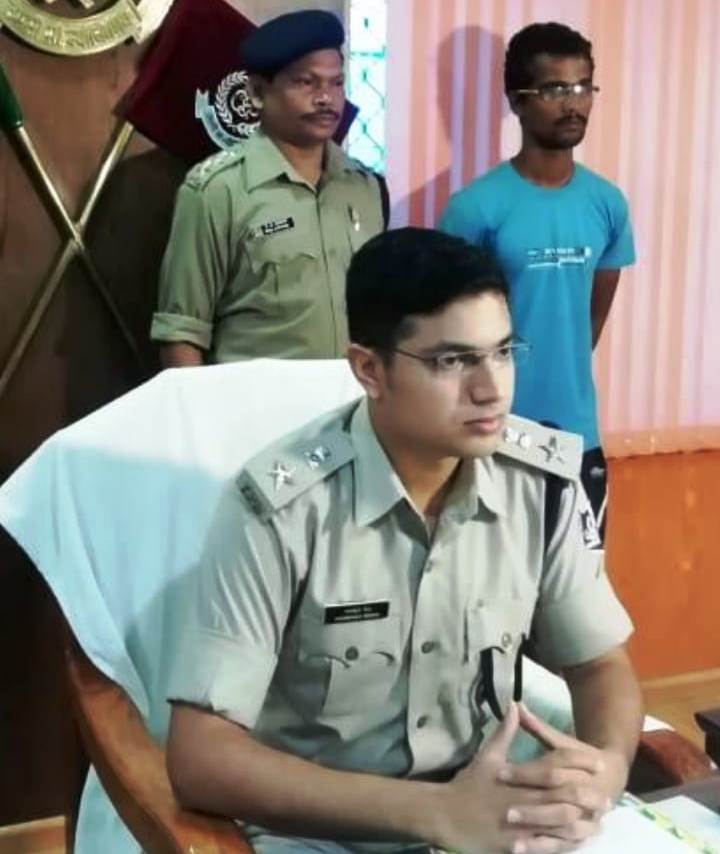 Malkangiri: The Malkangiri police today arrested a 23-year-old cyber criminal of Hiranyapada village under Satyabadi police limits in Puri district on charges of his involvement in several cyber crimes in the state.

After completing PG Diploma in 2017, the youth also worked in Infosys as a trainee and Assistant IT Manager in Ultratech Cement.

Police sad Mohapatra is involved in at least six criminal cases in the state, including two in Malkangiri and one each in Cuttack, Jajpur, Gajapati and Puri districts. Police said he also has links with cyber criminals in Jharkhand.

Worth mentioning, Malkangiri police has settled total six cyber fraud cases so far in 2019 and recovered Rs 2.06 lakh and refunded the same to the victims.