Bhubaneswar: Commissionerate police arrested a youth on charges of blackmailing a senior citizen in Bhubaneswar.

The accused was identified as Badal Sahoo (25), a resident of Puri district.

He is accused of threatening and extorting money from a retired government employee. 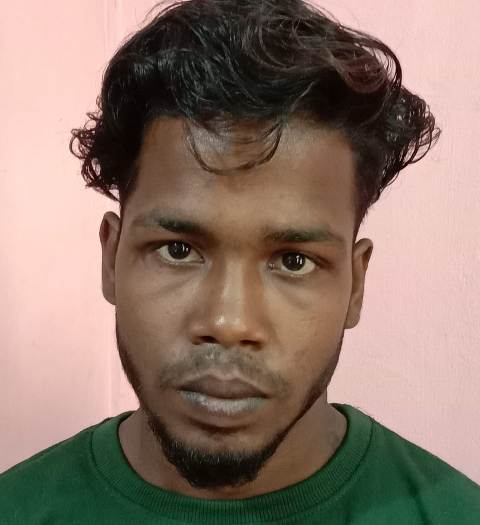 According to reports, Madan Mohan Mishra, former official of Forest department, runs a fruit store at Baramunda area. He knew Badal as the latter was his regular customer.

On Nov 7 night, the youth had come with a woman to the fruit store and introduced her with the elderly man as his wife. As it was too late, Badal requested Mishra to give them lift on his motorcycle to Khandagiri. After Mishra crossed Baramunda flyover, he was shocked to see the attitude of the youth towards him as the latter alleged him of misbehaving with his wife.

On direction of the youth, Mishra traveled upto Khordha, where the accused demanded Rs 10,000 from him. With no option left, the victim made online transfer to the accused’s account and returned to home.

The matter was not resolved there. Badal again blackmailed the victim and received Rs 10,000 and Rs 5,000 from him on Nov 12 and 14 respectively.

On Nov 16, the youth again tried to threaten the fruit store owner and demanded Rs 25,000.

Taking step against the blackmailer, Mishra informed his sons about the incident following which a case was lodged at the Khandagiri Police Station.

Based on the complaint, police arrested the accused and produced him before a local court on Sunday. As his bail plea was rejected, he was sent to Jharpada jail in the city.

The woman allegedly involved in extortion is still at large.