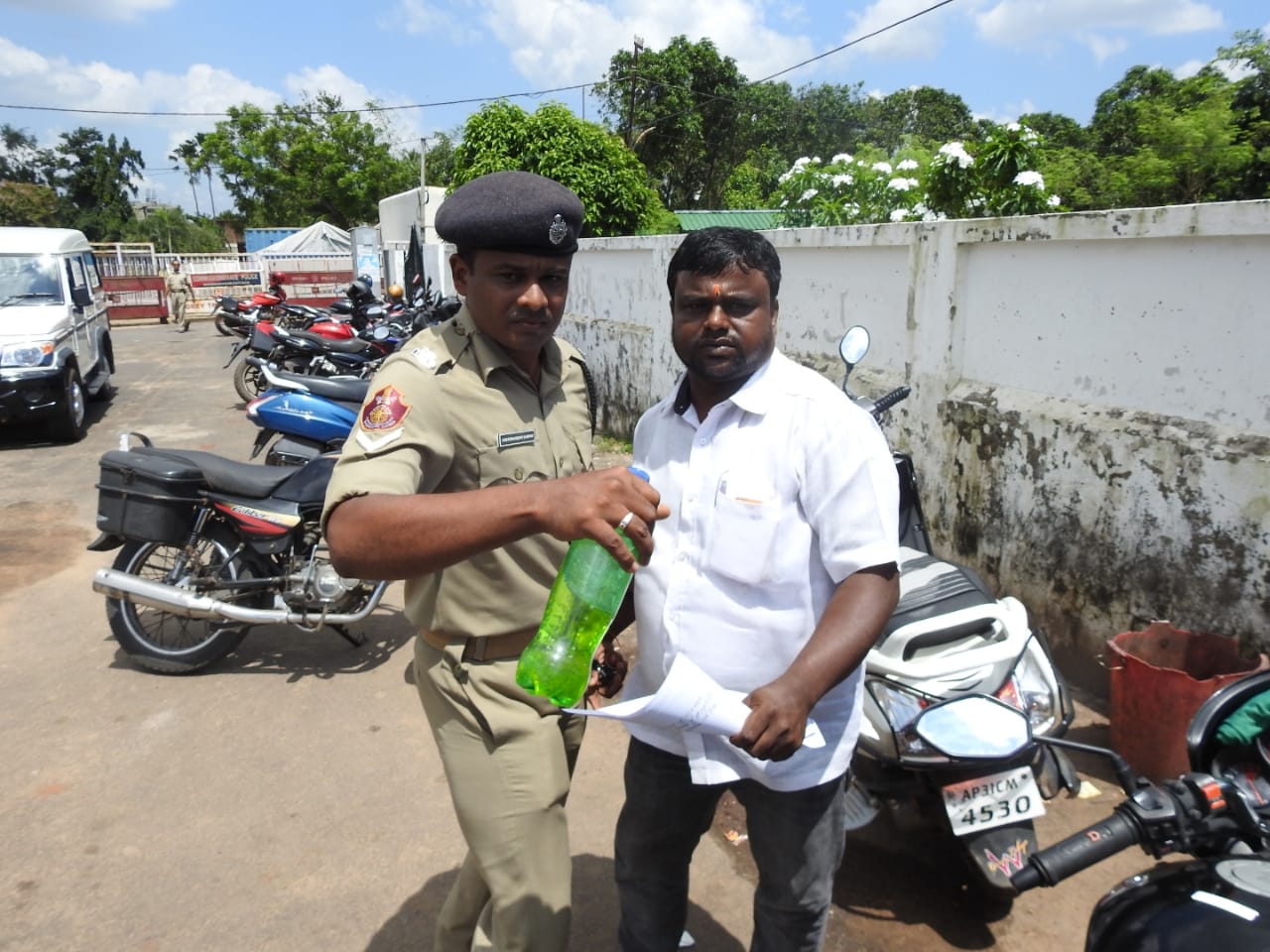 However, the security personnel deployed at Naveen Niwas managed to foil his suicide attempt while he was trying to pour petrol on his body.

The victim was identified as Raghunath Ojha (38), a resident of Pahanga village under Niali police limits in Cuttack district.

According to reports, Raghunath Ojha, son of Prabhakar Ojha, had lodged a complaint with Niali police following murderous attack on him by a group of people of his village on September 1.

Before filing the complaint, he was sent to a hospital in Niali and later shifted to the SCB Medical College & Hospital in Cuttack for treatment when he approached the police following the attack.

However, police failed to take any action against the accused persons involved in attack on him.

“I had lodged the complaint at the Niali Police Station on Sept 1 night, the same day when I was attacked by as many as six persons of my village over some reason. Even after 21 days of the complaint, the police are yet to initiate probe into the matter. I have approached Adaspur SDPO, Cuttack SP (rural) and senior police officers seeking action in the case, but my grievance was unheard by the police administration,” said Ojha.

Being disappointed by the police, finally, he decided to kill himself in front of the Chief Minister’s residence in Bhubaneswar today.

“I and my family have been receiving continuous death threat from the offenders. With no option left, I decided to end life by setting myself on fire in front of Naveen Niwas instead of being murdered by culprits,” Ojha said.