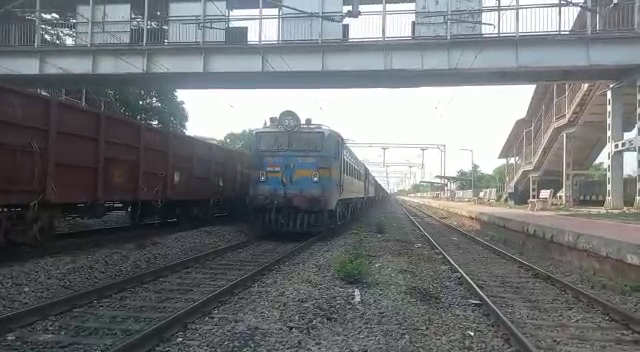 The identity of the deceased person is yet to be ascertained.

According to reports, the youth climbed atop the 12375 – Jasidih Weekly Superfast Express train and was charred to death after touching the high-tension overhead wires.

Source said that one guard found the youth ascending on top of the running train and he immediately informed the loco pilot regarding it. Acting on information, the loco pilot stopped the train at the Jimidipeta (Jemadeipentha) Railway Station and asked the youth to get down of it. Not paying heed to him, the youth rather touched the overhead wires and died on the spot.

Following the incident, GRP and RPF personnel reached the railway station and sent the body to the District Headquarters Hospital, Rayagada, for post-mortem.