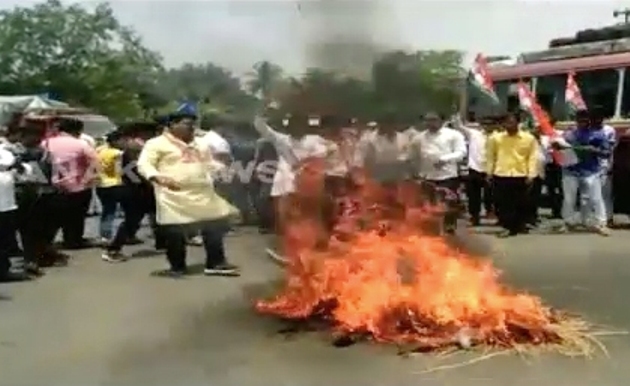 Youth Congress workers demanded Jena’s resignation on the grounds that his wife has been served a show cause notice by the Cuttack Development Authority (CDA) for availing a plot under the discretionary quota (DQ).

The BJD, however, advised the Congress to set its house in order.

“I don’t feel we should respond to what the Youth Congress has demanded. The Congress should rather first set its house in order,” said Sameer Dash, BJD spokesperson responding to Youth Congress’s demand.

Police have detained 20 Youth Congress workers in this connection.

Notably, Daisy Jena, wife of the Law Minister and 39 other beneficiaries were served with show cause notices by the CDA recently against allotment of plots to them under discretionary quota. CDA has directed them to respond to the show cause notice by the end of this month.