Youth dead after car falls into nullah in Bhubaneswar 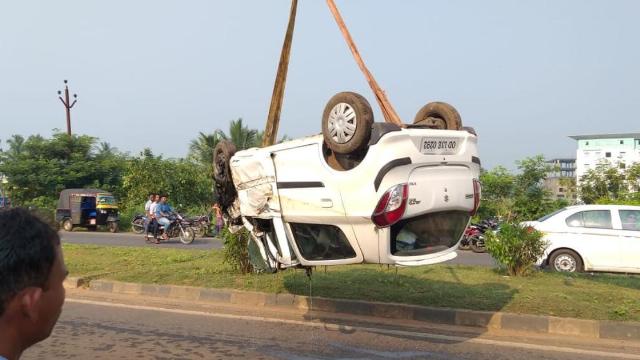 Bhubaneswar: A youth died after a car in which he was travelling fell into a nullah near Uttara on city’s outskirts here today.

The deceased was identified as Smrutiranjan Panda, a resident of Madhuban area under Town Police limits and radiographer at the District Headquarters Hospital (DHH) in Puri.

According to reports, the incident took place when Panda was travelling in his car from Bhubaneswar to Puri. The car fell into a nullah after he lost his control over the vehicle near Uttara on Bhubaneswar-Puri National Highway.

On receiving information, police along with fire tender reached the spot and recovered the vehicle with help of a crane.

However, Panda was found dead inside the car.

12 more arrested for violent protest against queue system at Srimadir