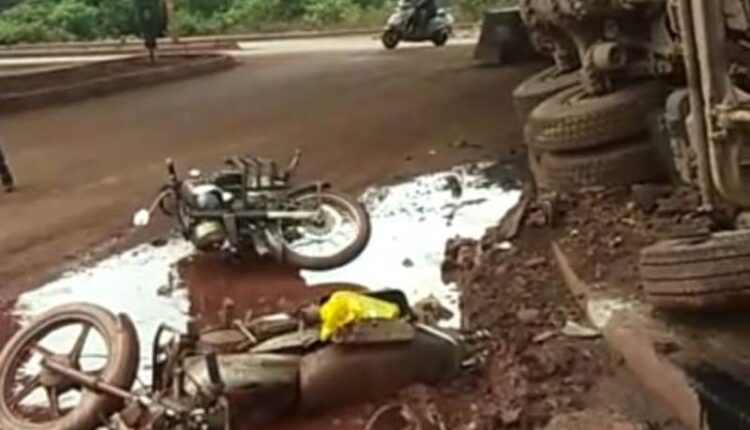 The deceased has been identified as Abhishek Gupta of Rourkela in Sundargarh district. Gupta was working in a transport company by staying in Joda area, sources said.

According to locals, the iron ore-laden heavy vehicle (bearing no. NL-01AD-2771) overturned when the driver lost control over the wheels near the overbridge.

Abhishek and the schoolgirl, who were standing nearby, got buried under the iron ore. A few bikes parked alongside the road also got damaged in the incident, locals said.

On being informed, a police team led by Joda IIC Jaynarayan Khandai reached the spot and rescued the duo after removing the iron ore with an earthmover. The injured duo was rushed to the hospital in a critical condition.

“The injured youth was declared dead-on-arrival by the doctors. The schoolgirl’s condition is stable now. We have seized the trailer but the driver has managed to flee the spot,” said a police officer.