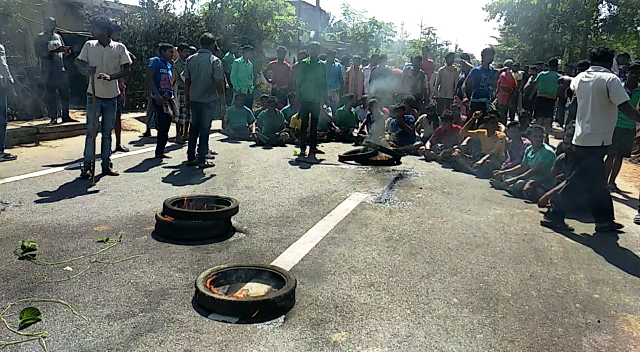 Nayagarh: Tension prevailed in Nuagaon area of Nayagarh district after locals staged a road blockade protesting death of a youth, who died of electrocution in the locality this morning.

Sources said one Niranjan Pradhan of Khalamada village died after he came in contact with an 11-KV electric wire while he was going to defecate this morning. Though fire brigade officials reached the spot, they refused to rush the youth to hospital until electricity officials reach the incident site. The body was lying on the spot for three hours.

Angry over the incident, locals blocked the road in front of the CESU office at Nuagaon by keeping the body on road. Vehicular movements between Nayagarh and Daspallla were disrupted due to the road blockade.

However, no electricity official had reached the spot till last reports came in.