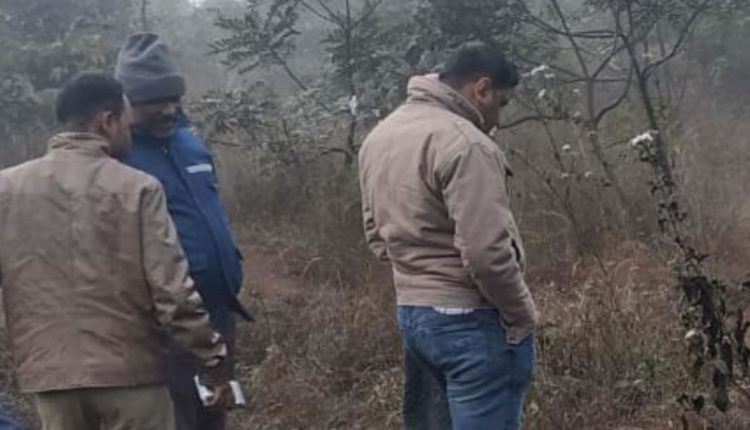 Sundargarh: Body of a youth with throat slit was found at a forest near Kendrikala village in Bonai area of Odisha’s Sundargarh district, today.

Though the reason behind the death is yet to be ascertained, it is suspected that he was murdered. The deceased has been identified as Anil Munda (27) of Bonaigarh.

On being informed by locals who spotted the body this morning, police reached the spot with a scientific team and initiated investigation. Liquor bottles and stick were found near the body and have been seized by police.