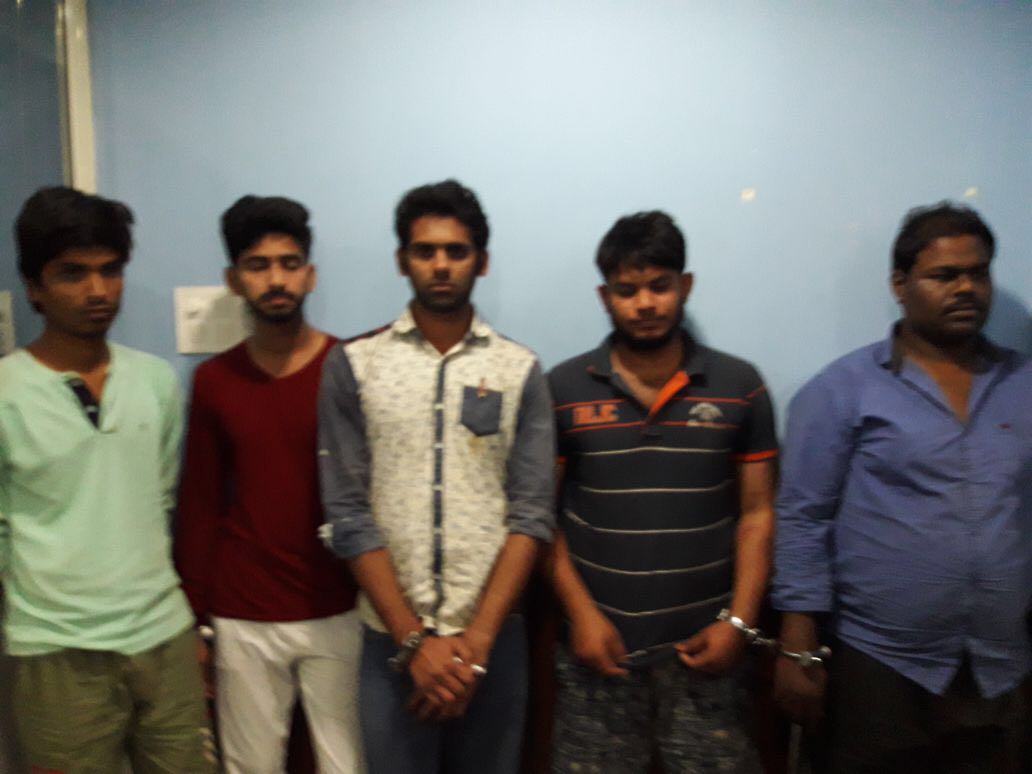 Bhubaneswar: Unemployment, peer pressure of leading a high-flying lifestyle and ineluctable effects of consumerism are some of the reasons contributing to increasing crime rate in society. One such case has been cracked by Odisha police today.

Commissioner YB Khurania today held a press conference here where he divulged the details of the crime.

“These five accused hailing from Puri hatched a conspiracy to abduct two youths for money. When their attempts failed, they kidnapped Gourav Rath on February 26 while he was returning from tuitions at Damana Square. Thereafter, a squad was formed to crack the case,” Khurania told media today.

The kidnappers had trapped the victim through a girl. The girl, a part of the gang, befriended the 17-year-old boy on Facebook followed by telephonic calls. After fetching his number and other details, the kidnappers traced him and executed the abduction plan.

From Bhubaneswar, he was taken to Puri in a rented car. While his mobile phone got accidentally switched on in Puri, they shifted their hideout to Bomikhal area in Bhubaneswar.

In the meantime, they had called up Prasant Kumar Rath for a ransom of Rs 11 lakh to secure the release of his son.

Prasant gave in to the kidnappers and paid Rs 2 lakh initially. On February 28 night, the kidnappers left him near Raghunathpur on the outskirts of the capital city.

A case was registered with Chandrasekharpur police on the following day of the kidnap. The special team formed to crack the case zeroed in on a house under Bomikhal area. From there, three youths were rounded up for interrogation yesterday. Moments later, a blast occurred at that house causing damage to property. However, fire tenders doused the fire.

It is suspected that the aides of the youths detained by police caused the blast to destroy evidence.

The cops have recovered Rs 1, 07, 000, a sword, the rented car, a motorcycle, five mobile phones and a laptop from their possession.

According to police, Gopal Kurshna Mohapatra – a GIET, Gunupur passout – fetched a job in Hyderabad after completing his BTech in Applied Electronics. After a brief period, he shifted his base to Bhubaneswar to do catering business. As he suffered losses, he moved to his hometown Puri. The 24-year-old youth also tried his hands in cricket betting to make quick money; but suffered a loss of about Rs 4 lakh.

Under duress to repay debt, he hatched the abduction plan and roped in four of his friends.

Police are on the lookout for other members of the gang, including the girl who was used to make calls to the victim.