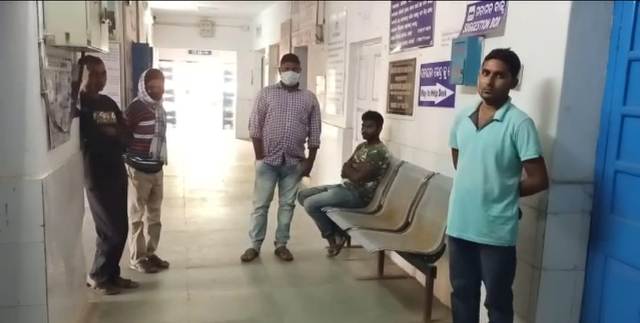 Bhawanipatna: A youth was allegedly murdered by family members of his girlfriend at Gaendhimunda village under Golamunda police limits in Odisha’s Kalahandi district yesterday.

The deceased has been identified as Dilip Meher of Khaliakani village.

According to reports, Dilip had yesterday gone to Gaendhimunda village along with his friend to meet a girl with whom he was having a love affair.

On realising the presence of Dilip in the locality, kin of the girl, who were opposing the relationship, nabbed and thrashed him. Dilip’s friend managed to flee the spot and narrated the incident before the deceased’s family members.

As they reached the village, Dilip was found lying dead in a pool of blood on road with grievous injury marks on head. His kin have lodged a police complaint alleging that the youth was murdered.

Police have recovered the body for post-mortem and initiated an investigation.