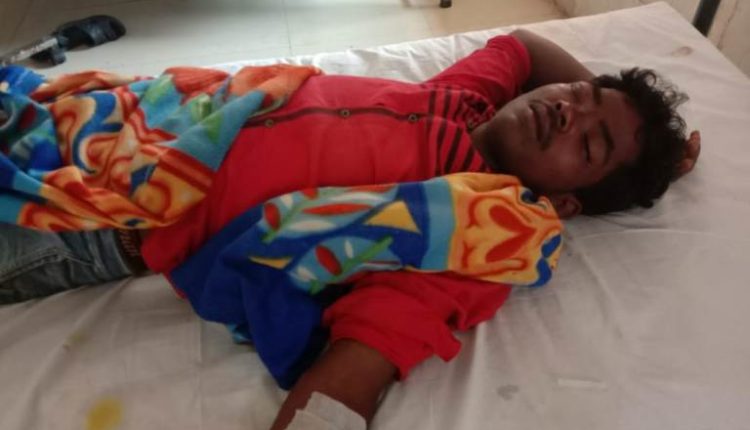 Malkangiri: A youth has lost one of his eyes in an alleged attack by the uncle of his lover in Inchimetala village under Padia block in Malkangiri district.

The injured youth, Bhima Madkami from Parsanpalli village was in love relationship with a young woman from Inchimetala village. As family members of the youth and young woman were opposing their relationship, the duo eloped to Andhra Pradesh. They worked as daily wage labourers to sustain themselves.

Later when the woman’s family came to know about the whereabouts of the duo, they asked the youth and young woman to come back home from Andhra Pradesh with an assurance to marry them off.

On Friday evening, the woman’s family called up Bhima and asked him to visit her house for a discussion on marriage. When Bhima was on his way to Inchimetala, the young woman’s uncle and his associates thrashed the youth and gorged his eyes with a lathi. After Bhima fell unconscious, the attackers threw him in nearby forest and fled the spot.

Bhima on Saturday morning gained consciousness and somehow managed to reach the main road where some people spotted him. They admitted Bhima to the Padia Community Health Centre for treatment.

Based on a written complaint lodged by Bhima at Kalimela PS, police have launched an investigation into the matter.