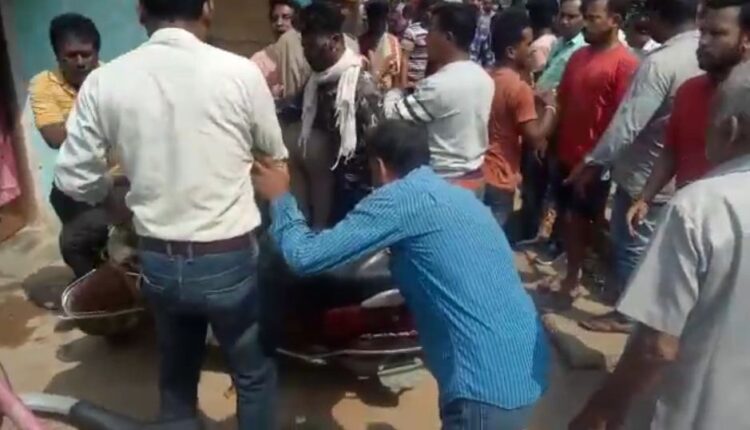 Bhubaneswar: Multiple incidents of violence were reported during the Odisha Urban Polls today with several persons sustaining injuries after being attacked.

Miscreants stabbed a youth in front of a booth in ward no. 9 of Dhamnagar Notified Area Council (NAC) in Bhadrak district, leaving him critically injured.

Victim Ramesh Lenka (28) of Bazar Sahi, a BJP supporter, was reportedly attacked with a knife following an altercation over casting of votes. He was rescued and admitted to the Bhadrak District Headquarters Hospital.

Tension ran high in the area after the incident as locals staged road blockade protesting the attack on the youth. While the accused fled the spot after stabbing Lenka, efforts were on by police to trace and nab him.

Later, some of the supporters of Pradeep rescued him from the spot. On being informed, Patnagarh police rushed to the place to bring the situation under control.

In another incident, a man was assaulted by a group of people in ward no. 53 of Cuttack Municipal Corporation (CMC) when he was allegedly distributing cash among the voters. He was later handed over to police.

In Nayagarh, an independent candidate’s husband and his associate attacked Khandapada block Vice Chairman Sisir Sahu in front of a booth at Khandapada Women’s College over political rivalry. Police started an investigation into the incident on the basis of a complaint filed by Sahu.