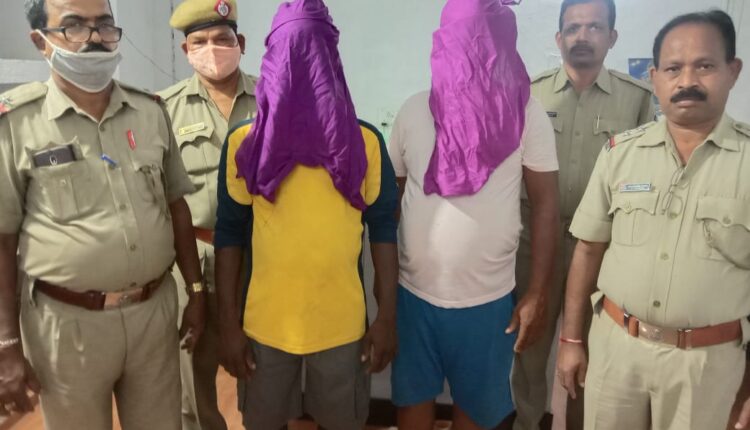 Berhampur: A youth was stabbed to death allegedly after a fight during playing cards in festive season in Ganjam district of Odisha.

The deceased has been identified as Bachan Swain, a resident of Banthapalli village under Digapahandi police limits in Ganjam district.

Police arrested two persons identified as Susant Bhuyan (32) and his brother Kanguru Bhuyan (52) of Banthapalli village in the murder case.

The murder took place near the deceased youth’s house under Digapahandi police limits on October 24.

According to police investigation revealed so far, the accused Susant Bhuyan along with other villagers was playing cards till late night of October 23. Next morning, Susant with villagers Titu Bhuyan, Peta Bisoyi and deceased Bachan Swain started playing cards in the house of Titu, near Bachan’s residence.

However, Bachan indulged into heated arguments with others after Susant won about Rs 5000 in the game of cards.

Bachan started abusing Susant and his brother Kanguru using filthy and obscene language and threatened him with dire consequences to kill him in life. He also assaulted Susant with a beer bottle inuring him severely, the Additional SP Berhampur said in a release today.

Being revengeful and determined to finish Bachan, Susant left for his house and brought a sharp knife. His brother Kanguru followed him with a stick to attack the youth. Bachan also brought a knife from his house. After Bachan came out of Titu’s house seeing Susant, the latter repeatedly stabbed on Bachan’s belly with the sharp weapon. His brother Kanguru also hit Bachan on his head with the stick intending to kill him. While Bachan was running away being seriously injured, fell down near a drain.

Taking advantage of the situation, Susant and his brother repeatedly hit Bachan with the knife and stick and ran off leaving him in a pool of blood.

Bachan was immediately rushed to the MKCG Medical College & Hospital in Berhampur for treatment. But the doctors declared him brought dead at the hospital.

Following complaint by Bachan’s family, the police arrested the accused persons on Sunday and seized a blood-stained knife and stick used for the murder from their possessions.