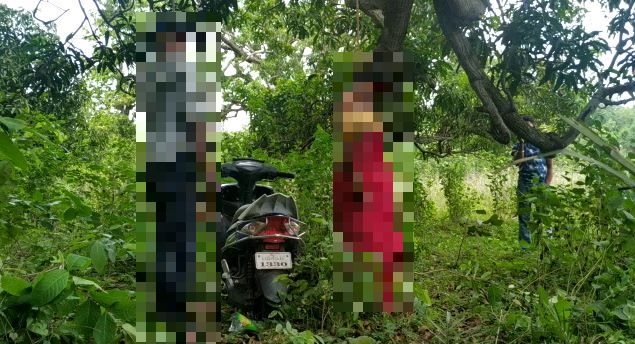 Angul: Bodies of a youth and a woman were found hanging from a tree at Kumarigaon village under Purunakote police limits in Odisha’s Angul district today.

The deceased have been identified as Madhu Sahu (30) of Dalasingha village and Shantilata Pradhan (27) of Kothabhuin village. Both were married. A scooter was also found near the bodies.

Though the reason behind the deaths is yet to be ascertained, it is suspected that the two committed suicide. Police have started investigation into the incident.