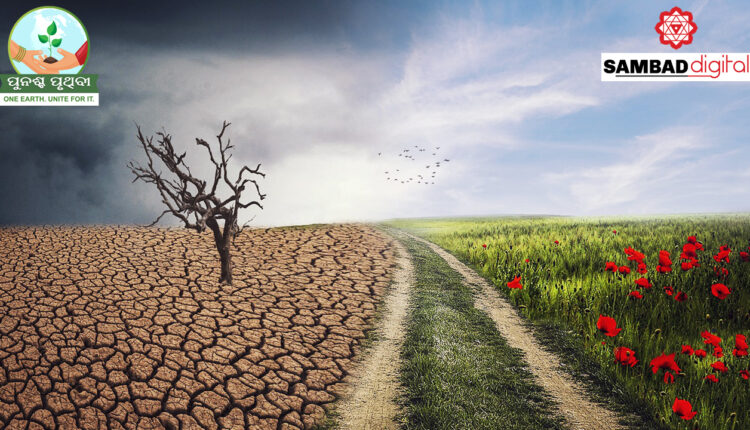 Bhubaneswar: A London-based sustainable products entrepreneur and environmentalist working to develop mangrove forests in Odisha is all set to pedal about 300 km in rural Rajasthan next month to fight climate change.

Subroto Chatterjee will be on a cycle trip from December 1 to 5 this year to raise funds for two causes — to double nursery that he supports in Rajasthan and to raise awareness in people on diabetes in pets.

So far, the young environmentalist has raised over £1000 (Rs 1,00,139.47) through GoFundMe platform for nurseries that give away free saplings to people for massive plantation.

Chatterjee is associated with many plantation organisations in States like Rajasthan, Odisha and Meghalaya. He has pledged 10,000 mangrove saplings in Odisha for the year 2022.

In Rajasthan, he is working with plantation hero and winner of land for life UN award for 2021, Prof. Shyamsundar Jyani, who has also received presidential award for plantation.

In Meghalaya, the nurseries that Subroto supports via his sustainable products platform are helping local job creations.

During his 5-day-long trip on bicycle, he will be visiting two parks that he developed in memory of his friend’s father and his own brother-in-law who passed away in the second wave of COVID-19 pandemic this year.

“This is the best way to pay tribute,” said Subroto.

The second reason for his trip is to raise awareness of diabetes in pets.

“This is a common disease that many are not aware of. As per studies, one among 300 dogs suffers from diabetes but remain undetected that leads to other health complications in later stage. Having proper diet, exercise and insulin, the dogs diagnosed with diabetes can live the same as non-diabetic dogs’ life span,” he said, suggesting the pet owners to test sugar of their dogs every six months.

[NOTE: This story is a part of ‘Punascha Pruthibi – One Earth. Unite for It’, an awareness campaign by Sambad Digital.]

Pat Cummins was forced into ‘confession’ by Cricket Australia before being handed captaincy: Report

Why is averting expenditure more important in fencing our…

24-YO from Odisha in United Nation’s 17 Young Indian…