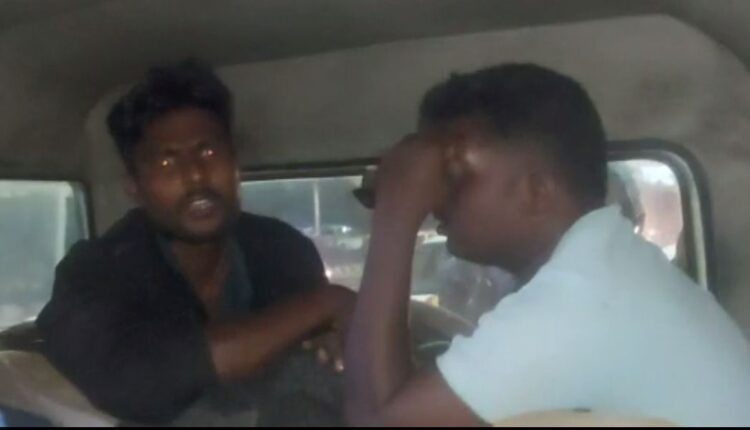 Bhubaneswar: The residents of Airport Square in the capital city here today claimed to have caught two men in a compromising position with a woman from a bushy area in the locality.

Some local youths claimed to have spotted the trio engaged in indecent activities behind a bush in the evening and informed the incident to Airport police, sources said.

Soon, a police team reached the spot and took the two youths—Dhaneswar Nath and Baku of PKDA area in Puri–for questioning. The woman, also a resident of Puri, was sent for medical examination, sources added.

“In the recent past, we have reported several such incidents to police. They have conducted raids and caught some people. We are suspecting the involvement of a sex racket behind such incidents,” said a local.

The two youths, however, claimed that they are cousins and they have come to Bhubaneswar for treatment of one of their relatives at Capital Hospital.

“One of our relatives has been admitted to Capital Hospital. The woman is also a close relative of our family,” said Baku.

However, he could not give any satisfactory explanation regarding their presence in the isolated bushy area in the evening.