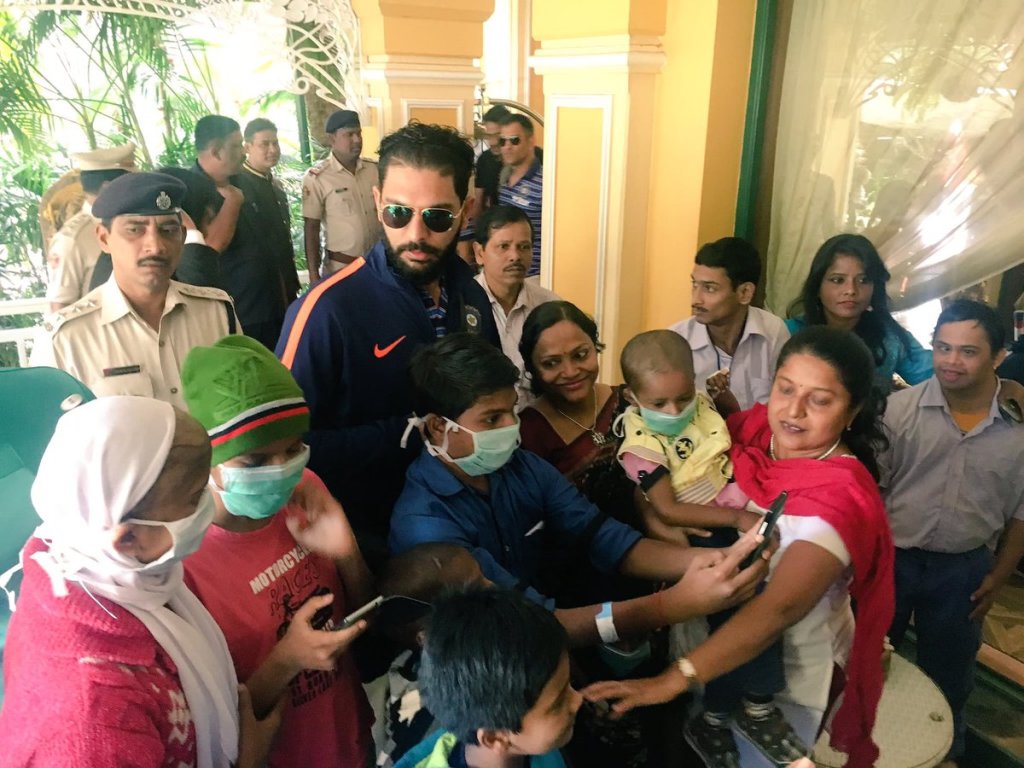 A day after entertaining cricket fans with his explosive innings at Barabati Stadium in Cuttack, Yuvraj Singh brought smiles on the faces of some kids afflicted with cancer and autism as the southpaw met them at Mayfair Hotel in Odisha capital this morning.

Debashish Mohanty and Shiv Sundar Das, two former international cricketers from Odisha, facilitated the meeting of the children, who are undergoing treatment in a private hospital at Telengapentha in Cuttack, with the star batsman.

The kids were enthralled after spending time with Yuvraj, who himself is a cancer survivor.

Notably, Yuvraj was diagnosed with a cancerous tumour in his left lung in February, 2012 following which he underwent chemotherapy treatment at the Cancer Research Institute in Boston as well as Medicine Facilities in Indianapolis, Indiana.

He was discharged from the hospital after the third and final cycle of chemotherapy and returned to India in April, 2012.