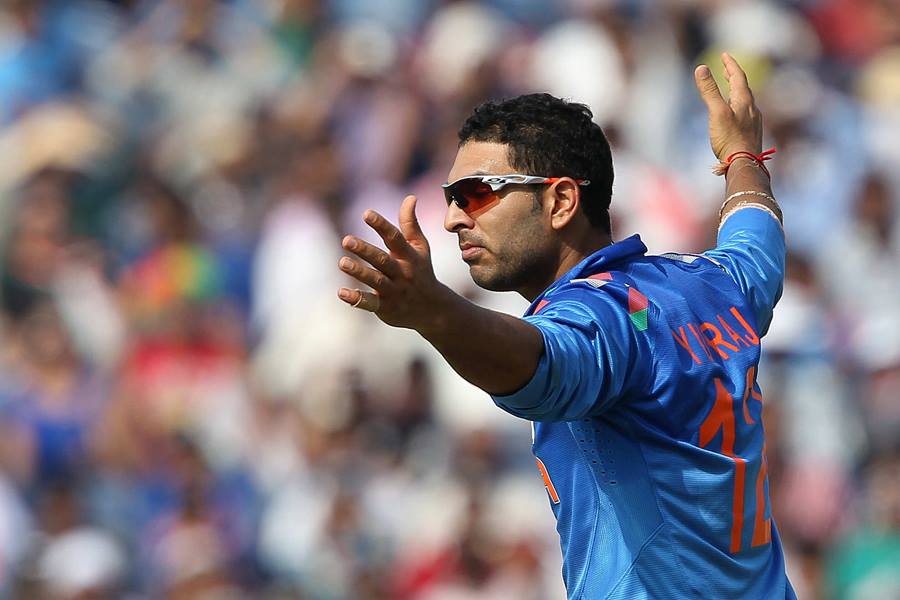 Mumbai: One performance is never enough to highlight Yuvraj Singh’s contribution to Indian cricket. But if there was one phase when he ruled world cricket, it had to be during the 2011 World Cup in India. And the man who almost single-handedly won India the coveted trophy announced his retirement from international cricket on Monday.

Yuvraj, who has not been a part of the Indian team for quite some time, has been contemplating retirement from international cricket and rumours are rife that he might pursue a career as a freelance cricketer in various ICC approved foreign T20 leagues.

He last played a Test match for India in 2012 and featured in a limited-overs series in 2017.

In the 2019 edition of the Indian Premier League, he had almost gone unsold before Mumbai Indians grabbed him at his base price. He played only four matches for the franchise scoring 98 runs with one half-century.

Coming back to the highlight of his career, the 37-year-old had a dream run at the 2011 World Cup as he amassed 362 runs including one century and four fifties. He also picked 15 wickets, won four Man-of-the-Match awards and was also awarded the Player of the Tournament. In the process, he became the first all-rounder to score 300-plus runs and take 15 wickets in a single edition of the showpiece event.

After the World Cup, he was diagnosed with cancerous tumor in his left lung and underwent chemotherapy treatment in Boston and Indianapolis. While he did make a return to the national team post recovery, life was never the same and he became an on and off member of the Indian team.

Apart from the 2011 World Cup, another highlight in his illustrious career would be the 6 sixes he hit at the inaugural edition of the World T20 in South Africa in 2007. In India’s Super 8 match against England at Durban, he hit six sixes in an over off Stuart Broad and brought the crowd to its feet. In the process, he reached the fastest fifty ever in a T20 game, off just 12 balls, which was also the fastest in any form of international cricket.

Not to forget what the youngster did during the 2002 Natwest Trophy final at the Lord’s. In what seemed a game that was there for England to win — after India’s famed top-order flopped — Yuvraj combined with Mohammad Kaif to take the visitors home as visuals of a shirtless Sourav Ganguly waving the jersey from the Lord’s balcony is one folklores are made of.

In 2012, he was conferred with the Arjuna Award and two years later, he was awarded the Padma Shri. At the 2014 IPL auctions, Royal Challengers Bangalore bought Yuvraj for an all-time high price of Rs 14 crore and in 2015, the Delhi Daredevils bought him for Rs 16 crore making him the most expensive player ever to be sold in the cash-rich league.