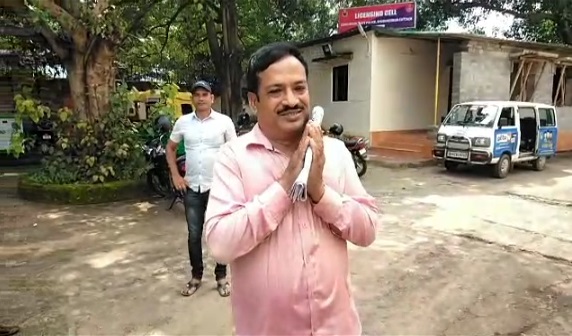 Nayak appeared before Bhubaneswar DCP office for interrogation over a viral audio clip of the deceased Zilla Parishad member.

Sources said that Dharmendra Sahoo had last spoken to Nayak over phone before his death at his residence.

According to reports, Dharmendra Sahoo, the Zilla Parishad Member of Zone No.11 in Puri district, was found hanging at entrance of his house at Sishupalgarh area in Bhubaneswar on September 24 morning.

It is suspected that Sahoo was in immense mental stress over ‘false’ reports published in a local media. He made it clear in a video message, which surfaced after his death.

In the video message, he was threatening to sue the newspaper for defaming him.