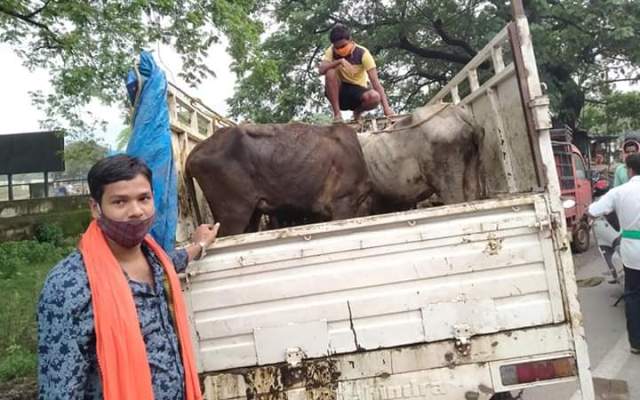 Rourkela: As many as 11 cattle were rescued from a pickup van in Odisha’s Rourkela city today when the animals were allegedly being trafficked in the vehicle.

According to reports, some members of Bajrang Dal intercepted the van near Bisra Chhak here this morning and rescued the cattle. On being informed, Plant Site police reached the spot, seized the vehicle and arrested a person, identified as Pervez Hussain, over his alleged involvement in the trafficking.

However, driver of the pickup van and four others who were escorting the van in an SUV managed to flee the spot before the arrival of police.

The cattle were being transported in the vehicle from Kutra area to Bisra, sources said.

Big B could not hold back tears after Aishwarya, Aaradhya’s discharge from hospital