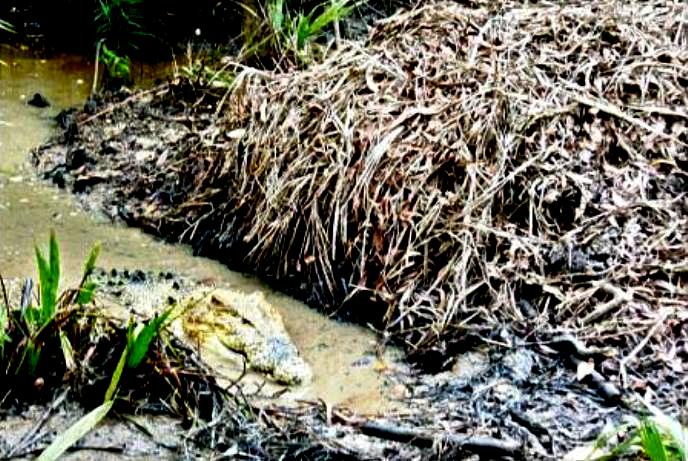 As many as 12 nests of the rare Saltwater crocodile (Crocodylus porosus) known as Baula Kumbhira in Odia have been sighted so far in Bhitarkanika National  Park in Odisha’s Kendrapara district.

It may be worthwhile to mention here that every year female crocodiles of this variety build nests between May to July to lay eggs and hatch hatchlings.

These crocodiles build their nests on safe places which are higher than that of the stream’s edge.

Female crocs build their nests by stacking dry weeds, sticks, hay and grass to a height of 1.5-2 ft and then lay their eggs.

Again after laying eggs, the amphibian covers it up with weeds etc and remains on guard from a distance to ward off predators.

While each female crocodile lays about 40-50 eggs, the eggs take about 75 days to hatch.

Since crocodiles become very ferocious during this period Bhitarkanika National Park remains closed for tourists from May 1 to July 31.