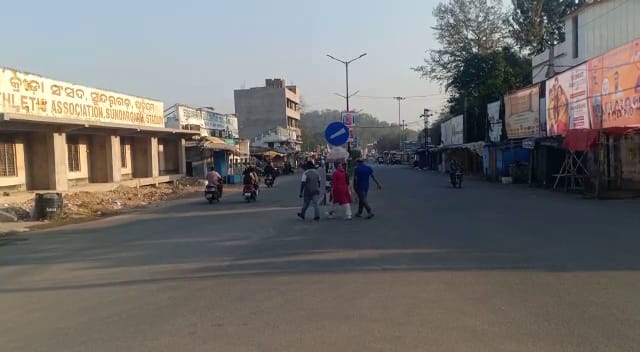 Rourkela: The dawn-to-dusk bandh called by Odisha Congress over the demand of second AIIMS in western Odisha has affected normal life in Sundargarh district.

Holding party flags and shouting slogans, Congress members began the shutdown at 6 AM disrupting vehicular movements. Petrol pumps, shops and other business establishments have remained closed as the activists staged picketing during the protest.

Different organisations and associations, including those of traders and lawyers have extended their support to the shutdown.

Earlier in late March, Health and Family Welfare Minister Naba Kishore Das had shot off a letter to Union Minister Dr Harsh Vardhan requesting him to consider the proposal of setting up of second AIIMS in Sundargarh.

Citing the population density in western Odisha, the Minister had told the Union Minister that people of western Odisha will be benefitted a lot by getting quality healthcare, if second AIIMS comes up at the new medical colleges and hospital building in Sundargarh, constructed by NTPC.