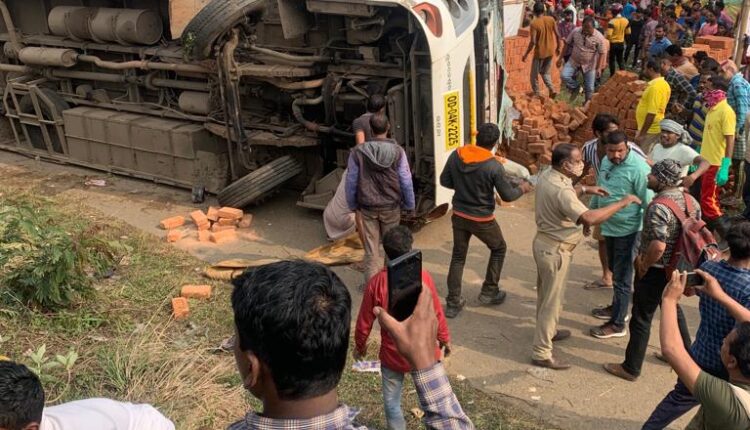 Balasore: In an unfortunate incident, at least six persons were killed and over 10 others suffered critical injuries after a private bus met with an accident at Bidu Chhak on NH-16 under Soro police limits in Balasore district today.

However, identities of the deceased are yet to be ascertained.

Sources said the ill-fated bus named ‘Shantilata’ was on its way to Bhubaneswar from Manatri of Mayurbhanj district via Udala when the mishap took place. When it had stopped at a bus stop near Soro to pick up passengers around noon, a coal-laden truck hit it from the behind. Following the collision, the bus swerved off the road leading to death of six passengers.

On receiving information, local police and fire personnel rushed to spot for rescue operation with the help of locals. The injured were later rushed to Soro hospital and Balasore district headquarters hospital (DHH) for treatment.

Sources said the number of fatalities may rise further.