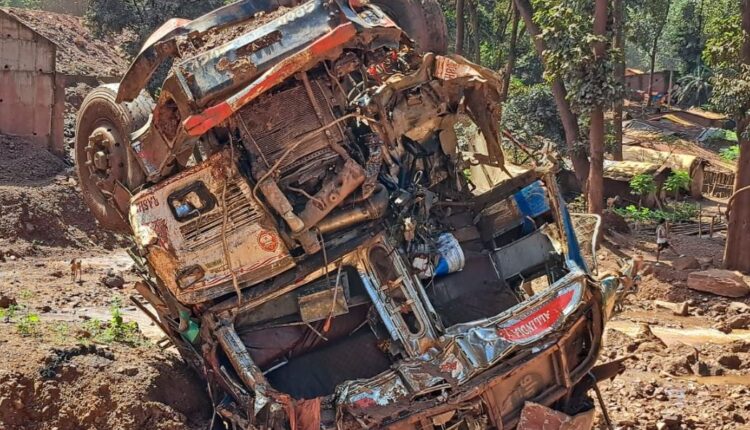 Bhubaneswar: As many as four persons lost their lives in two separate road accidents in Odisha’s Sundargarh and Bargarh districts.

According to reports, a goods truck fell off a bridge from a height of around 50 feet in Koida area of Sundargarh district killing the driver and helper on the spot.

The ill-fated mineral-laden truck was heading towards Rourkela from Koida, during which the driver lost control over the wheels.

On being informed about the mishap, police reached the spot and managed to recover the bodies from the mangled vehicle after a six-hour-long effort.

Till last reports came in, the identities of the deceased were yet to be established.

In another road mishap, a man and his daughter were killed as a motorcycle on which they were travelling and a car collided head-on at Kanapali under Sohela block of Bargarh district.