5 Reasons that Helped Biden Ace the 2020 US Presidential Elections 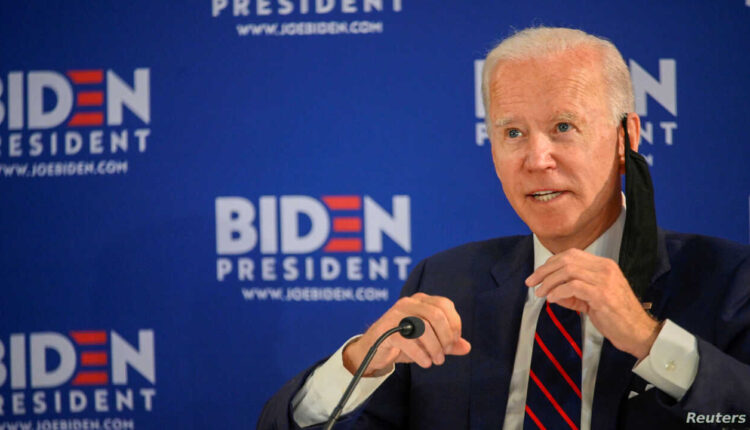 The results of the historic US 2020 presidential elections were announced on Saturday. Democratic Party leader Joe Biden won the race after struggling at the cusp of victory for three days. He needed only six electoral votes to lead him to victory. Whereas his opponent Donald Trump had managed to bag only 214 votes following a lead in North Carolina.

The counting process delay resulted from the conflict between the party leaders who had asked their voters to vote differently instead of the coronavirus pandemic. People in unprecedented numbers had cast their votes early following the appeal carried out by Joe Biden. Whereas, Trump had asked his supporters to cast their vote on election day. This is also why most ballots counted, later on, turned out to be democratic votes.

On the other hand, a recount of total votes was ordered in Georgia due to Biden’s tight margin had edged past Trump. The former won the state with a meager lead of around 4,000 votes. With Biden set to be the 46th president of the United States alongside Kamala Harris as the vice president, let us take a look at how Biden aced the 2020 US presidency elections:

1) Response to the COVID-19 pandemic

America has reported the maximum number of coronavirus cases globally, with over 242,261 deaths. The policy response towards battling the virus has been a critical point influencing the US’s voting population. In contrast to Trump’s ideas of fighting with viruses by injecting disinfectant or bleach into the body of an infected person, Biden’s campaign constitutes a 7-point-plan to beat COVID-19 and to get the country back on track.

The plan includes clear, consistent, evidence-based national guidance along with a promise to ensure resources for schools, small businesses, and families to help them make it through. It further provides the implementation of preventive guidelines suggested by professional medical workers such as mandatory masks and other measures. The plan also proposes an investment of $25 billion to vaccine manufacturing and distribution plan to guarantee it gets to every American, cost-free.

Joe Biden is the son of a used car salesman who struggled to find a blue collared job back in the day. Today, he has become the first presidential candidate in American history to raise $1 billion through his campaign account. This has enabled him to outspend and dominate his opponent, President Donald Trump. Within the last one week, Biden, along with his allies, is spending over $11 million in Pennsylvania, Florida, and Michigan and more than $5 million in North Carolina, Arizona, and Wisconsin. During the last week’s campaign, Biden and his team spent about $77 million in contrast to Trump’s $40 million.

3) Popularity among women, POC, and other minorities

A recent poll conducted by The New York Times surveyed different college students and found out that Biden was more prevalent among women voters with a lead of 23 points, i.e., 58%. Unlike the last elections, even white women favored Biden with a margin of 52%. Additionally, POC and minorities were also seen to be favoring Biden. According to recent Democracy Fund polling, 83 percent of black voters favored Joe Biden, 10 percent favored President Trump, and about 8 percent were undecided. Without surprise, Trumps’ policies regarding rigid immigration laws and the so-called “Muslim-ban” have rendered him to be less popular among a similar section of voters.

Whether one admits it or not, climate change and global warming are one of the biggest threats to humanity in the present day. Currently, America is the world’s number 2 emitter of greenhouse gases contributing to global warming. Joe Biden’s campaign has proposed a plan for a clean energy revolution and environmental justice. The proposal seeks to boost investment in clean energy to combat global warming. If elected, Biden has also pledged to rejoin the historic Paris agreement on climate change.

“So my timeline for results is my first four years as president — the jobs we’ll create, the investments we’ll make, and the irreversible steps we’ll take to mitigate and adapt to climate change and to put our nation on the road to net-zero emissions by no later than 2050,” Biden has said after announcing the plan in July.

5) Calculated choice for the running mate

Biden’s deliberate option of selecting Kamala Harris- a woman, non-white candidate having African-American and partly Indian roots has ticked all the boxes favored by an average liberal American. The announcement declaring Harris as the first-ever African-American woman to be nominated for national office had come in a few days after the murder of George Floyd, which had triggered nationwide protests in the states. Harris has additionally proposed the active police reforms while vowing to end private prisons and mandatory minimums. She seeks to legalize marijuana and abolish the death penalty and solitary confinements.