The survey revealed that women and people below the age of 40 years had a significant higher sero-prevalence. 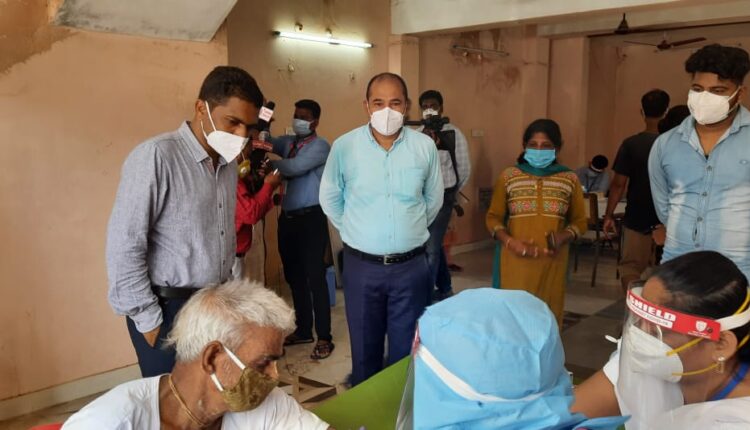 Paralakhemundi: In what could be seen as a good sign in the fight against COVID-19 in the southern district of Gajapati, as many as 65 per cent of population in Paralakhemundi town of the district have developed antibodies against SARS-CoV-2.

Sharing details of the findings of serological survey carried out in town early this month, Collector Anupam Saha said 64.67 % people have antibodies against the virus. While 40-85 per cent of the vulnerable and high-risk groups in the town have developed the  antibodies, the sero-prevalence is around 59 per cent in general population, he added.

The survey further revealed that women and people below the age of 40 years had a significant higher  sero-prevalence. The sero-prevalence was 65.9 %  for females and 53.1 % for males.  Among Corona Warrior groups, police personnel had the highest sero-prevalence of 54 % followed by healthcare workers (49 %).

The serological survey was conducted in the town for three days from September 16 to 18 by the Regional Medical Research Centre (RMRC) in collaboration with the district administration and Parlakhemundi Municipality To analyse the extent and penetration of COVID-19 infection. Total 1,515 samples, including 984 from the community and 531 from high-risk groups. The RMRC today handed over findings of the survey to the district administration.

Based on the survey, necessary measures will be taken to further curb the virus transmission, said the Collector.

So far, Gajapati district has reported 3,555 confirmed cases, including 172 active cases.  And 23 patients have succumbed to the virus so far. Parlakhemundi contributed 719 cases and six deaths.