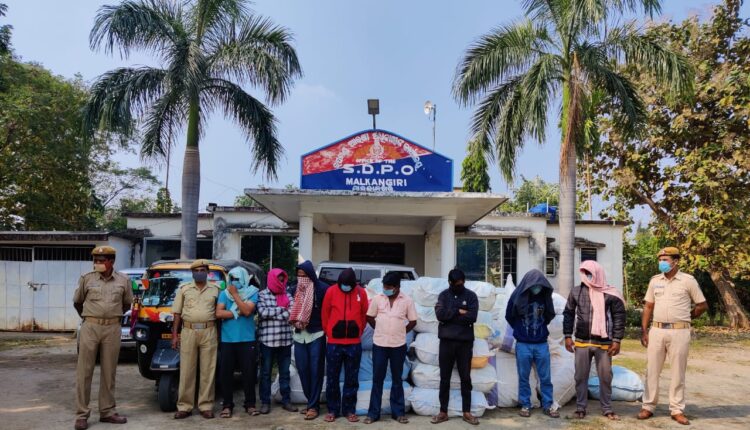 Malkangiri: Malkangiri police arrested total 8 persons on charges of illegal transportation of huge quantity of gutkha here in the district on Saturday.

The police seized 124 bags of gutkha of different brands worth around Rs 15 lakh and an auto rickshaw from possession of the accused persons.

According to reports, a team of Malkangiri Police conducted raid after receiving information about illegal transportation of huge quantity of gutkha from Malkangiri Bus Stand to Kalimela.

As the duo failed to produce bills, licence and documents supporting for possession and transportation of gutkha, the police seized the gutkha packets and auto rickshaw.

Based on information, similar raids were conducted in five more places leading to seizure of huge quantity of illegal gutkha and arrest of six more accused persons.

“The gutkha bags were supplied from Berhampur and Jeypore to Malkangiri district. In total, seized gutkha packets will be worth 15 lakh,” said the Malkangiri police in a release today.